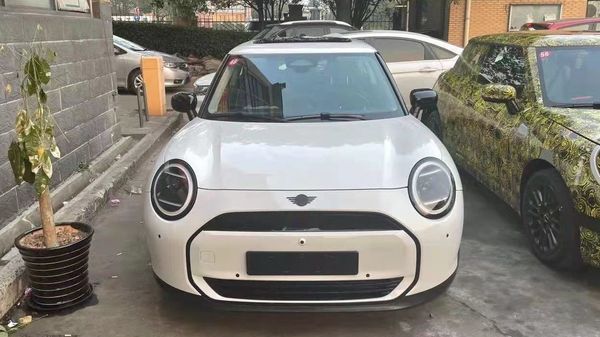 The new-gen Mini Cooper S has been leaked online with refreshed exteriors and styling. The model was spied at a facility in China, international media suggests. The spotted model can be seen parked alongside several camouflaged Mini models.

The leaked images show significantly tweaked exteriors comprising redesigned taillights and a rimless center screen. There is no visible tailpipe of the car and a very limited amount of air intake on the front end, suggesting that it is going to be an electric or perhaps a hybrid model since there is a cap located on the right side of the body.

The spotted car can be seen featuring the “S” badging, suggesting that it is a higher-spec model. Also, one of the most significant changes on the outside of the new model is redesigned taillights that now get a new shape as well as interior pattern when compared to the lights found on the existing model.  The tail lamps are also connected by a horizontal black stripe across tailgate with “Cooper S” badging.

On the inside, the dashboard appears to be widely different from the current Mini cars that get a traditional circular center display. It gets a flat, bare dash, minus driver display, and a floating circular center screen. The dash also seems to have chucked majority of the buttons, knobs, and switches out the window for a more neatly designed layout. Although, one can see some physical controls on the steering wheel along with a few (stereotypically-Mini) switches placed underneath the screen. Needless to say, the frameless circular screen on the new Mini will be a touchscreen