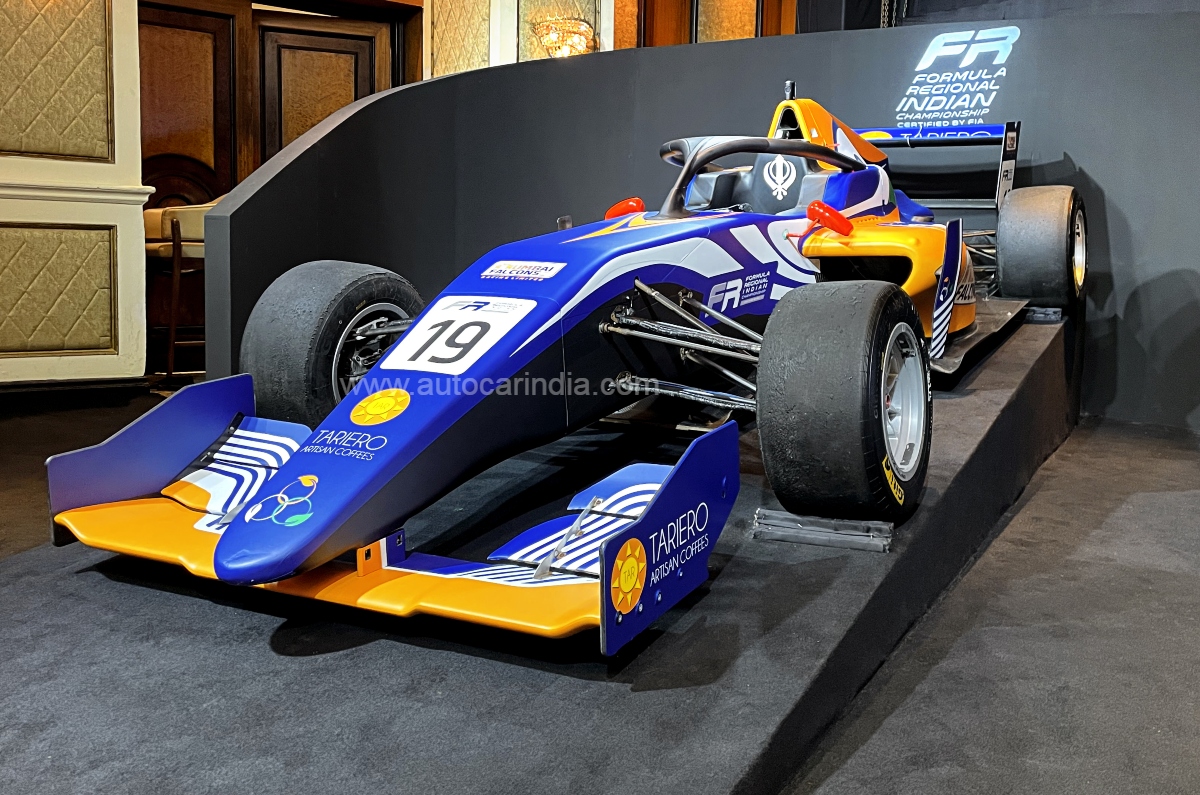 This promises to be a monumental move for Indian motorsport, putting in place a structured ladder for racers to move up to international racing in F3, F2 and even F1.

This will be India’s first ever FIA-graded F3 Championship and will essentially act as a stepping stone to the FIA F3 championship, which is an official feeder series for F1. A grid of 15 drivers will compete in 15 races (each race will run for 30 mins) across five rounds. As per the provisional calendar, the championship will kick off in February 2022 and run for a month till end-March 2022. The first round will be held at the Buddh International Circuit, while Coimbatore’s Kari Motor Speedway and the Madras Motor Race Track feature on the calendar too.

The big surprise is a new street race in Hyderabad, with the venue hosting two rounds. Further details on this street track will be revealed soon, but so far we know it will be an FIA Grade 2 circuit and will be 2.376km long, with the longest straight measuring 602m.

It’s a one-make championship, so all the drivers will be competing in identical F3 cars powered by Alfa Romeo 1,750cc engines, putting out 270hp. Prema Powerteam will serve as the championship’s technology partner; so, this will also be a great opportunity for engineers, mechanics and other non-driving related motorsport aspirants to learn from one of the most established names in international racing.

The new-gen F4 cars will also be brought down here for the F4 support series. The championship is meant to offer young racers the opportunity to take the first step up from karting into the world of single seater racing.

The grid will be made up of 12 drivers and all those with prior experience in karting and other single seater series such as LGB Formula 4 are eligible to participate. The winner of the F4 Indian Championship will get a free drive in the following year’s Formula Regional Indian Championship.

Another support series will be the Indian Racing League, which is a revamped version of the X1 Racing League. The league has learned some important lessons from its inaugural season and this time around, it will use single-seaters built by Italian constructor Wolf.

There will be a total of six city-based franchise teams and it will be mandatory for each team to feature a female racer. So the grid will be made up of 24 drivers in total.

Building the motorsport ecosystem in India

For the first time in India, this creates a clear pathway for Indians to move up to racing internationally. Karting and sim racing in India will lead to the F4 Indian championship, followed by the Formula Regional Indian Championship, which in turn acts as a stepping stone for FIA-sanctioned international racing.

Along with Mumbai Falcons, this new venture is also backed up by Aditya Patel and Armaan Ebrahim, who are proven racers in their own right and were also behind the X1 Racing League. “We’re building a ladder for both, a complete professional as well as a semi-professional racing driver. So we fit every category there and that is what is going to elevate motorsport to something on a mainstream level in a country like India,” explains Ebrahim.

Patel also believes with Super Licence points on offer, the compact calendar and with India being one of the more affordable places to come and race at, this will also attract a number of international drivers.

The duo will currently focus on scouting out potential drivers for the different series, along with training and mentoring them.