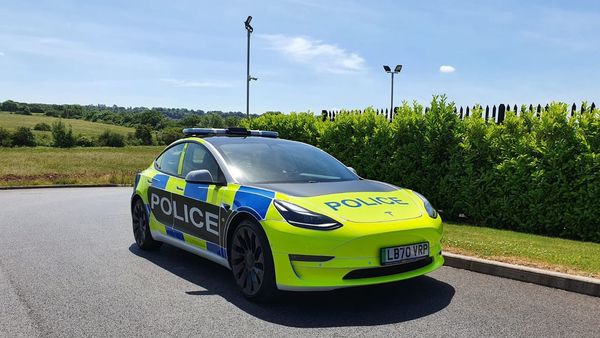 Tesla electric vehicles as police cars are something that has been making headlines over the past few years. The latest on this list is London Metropolitan Police that is using the Tesla Model 3 as cop cars. The Tesla Model 3 electric sedans wearing the bright colours of London Police have become viral.

Here is a list of countries where Tesla electric models are being used as police cars.

Tesla cars are being used as cop cars in the electric vehicle manufacturer’s home country for nearly a decade. Several state police departments use Tesla vehicles as police cars. Fremont Police Department in California has been using the Tesla Model S for quite a long time.

Tesla Model Y was started being used as the police car by the Hastings-on-Hudson Police Department of Westchester County, New York. Apart from these, several other state police departments also use Tesla models as police cars.