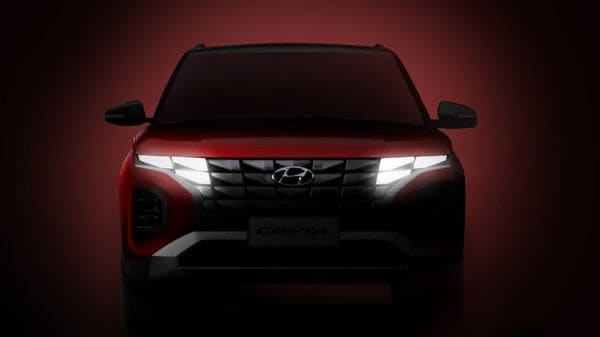 Hyundai is all set to drive in the new generation Creta SUV at the upcoming GIIAS 2021 auto show in Indonesia next week. The 2022 Creta facelift will officially break cover on November 11, and is likely to Indian markets sometime next year.

Hyundai has already officially teased about the new Creta facelift on its social media handles, giving a sneak peek into what to expect from the new generation model.

However, a leaked image online claims to be the unwrapped look of the new Creta even before the official unveiling.

The image, shared on Instagram, shows how the front face of the Creta SUV has changed in its new generation. As hinted by the official teasers, 2022 Hyundai Creta wears a new grille that is already used in Tucson SUVs in global markets.

The grille with parametric pattern seems to be Hyundai’s new signature for its SUVs in coming days. It also has LED headlights and LED DRLs which has a boomerang-like shape when turned on and blends with the grille. The fog-lamp casing, now placed deeper inside the bumper, also has a new design.

Hyundai Indonesia has already confirmed that the new Creta SUV will come packed with features and technology like a panoramic sunroof, Bose premium sound system and a new 10.25-inch TFT LCD cluster with new advanced features. Hyundai will also provide the Creta with Bluelink, a connectivity technology that allows users to connect to their vehicles through smartphones.