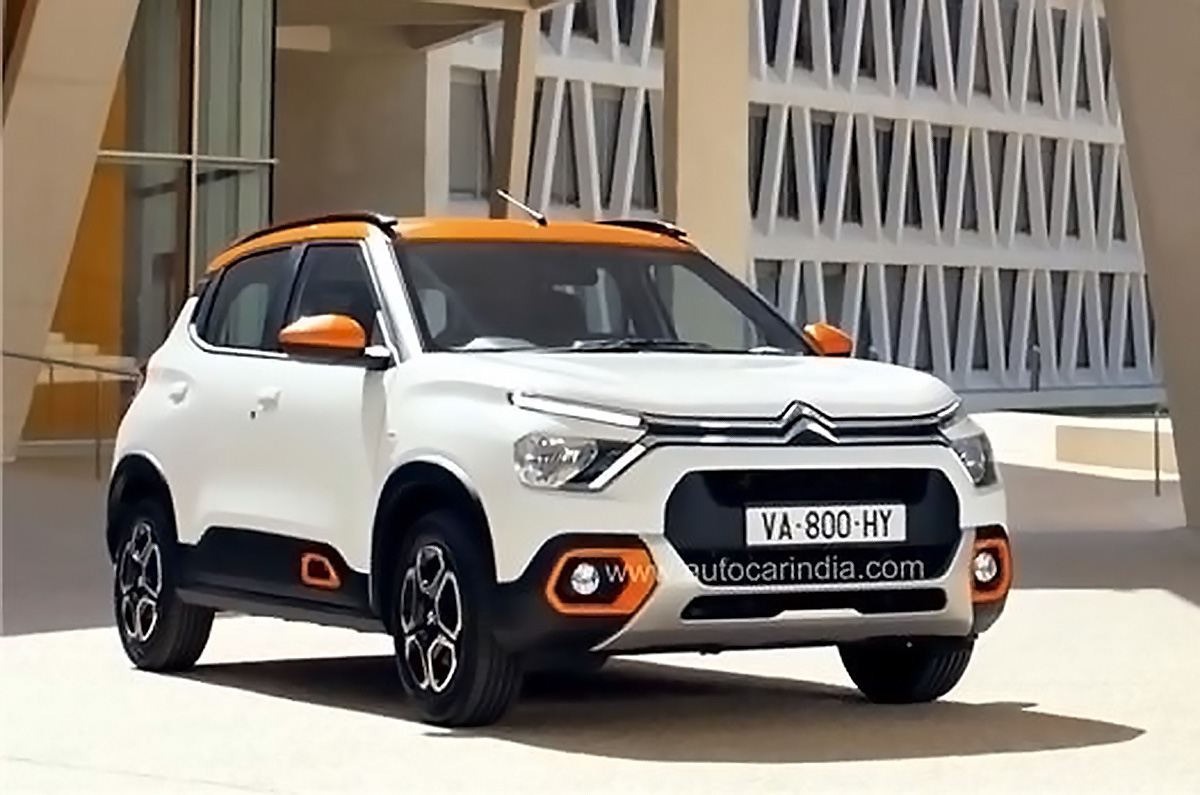 The Citroen C3 is set to go on sale in India in the coming months, and the interior of the India-spec model has been spotted for the first time

After spotting the made-in-India Citroen C3 completely undisguised in Chennai recently, we now have the interior images of the car. Citroen’s new hatchback in India is expected to have an aggressive pricing.

Citroen C3: what do the interior images reveal?

The interior of the India-spec C3 looks similar to the car Citroen had unveiled in September 2021. The pictures reveal a 10-inch touch-screen infotainment screen taking the centre stage, which will be compatible with Android Auto and Apple CarPlay. Quirky air-con vents and a dimpled effect on the dashboard panel is also visible. On closer inspection, one can also spot a slot for the mobile holder near the central air-con vents.

Also, the vehicle in picture may not be a top spec vehicle as there are a few equipment like rear power windows, power wing mirrors and climate control missing.  However, the cabin appears practical with large door pockets, usable cup-holders and a nifty recess in front of the gear lever.

Citroen C3: what else do we know?

The made-in-India Citroen C3 is the first of the three models under Citroen’s C-cubed programme, and has been specifically developed for developing markets like India and South America. The C3 will be manufactured in India with more than 90 percent localisation.

Based on the CMF modular platform, the C3 is expected to be powered by a 1.2-litre turbo petrol engine in India, paired to either a 5-speed manual or an automatic. A diesel engine won’t be on offer.

Citroen refuses to call it an SUV. Instead, the carmaker refers to it as “hatchback with a twist”. One of the reasons for doing so is that a more upright compact SUV is in the works for our market which will follow the C3. With an estimated starting price of Rs 5.5 lakh, the Citroen will rival the likes of the Maruti Ignis, Tata Punch, Nissan Magnite and Renault Kiger.