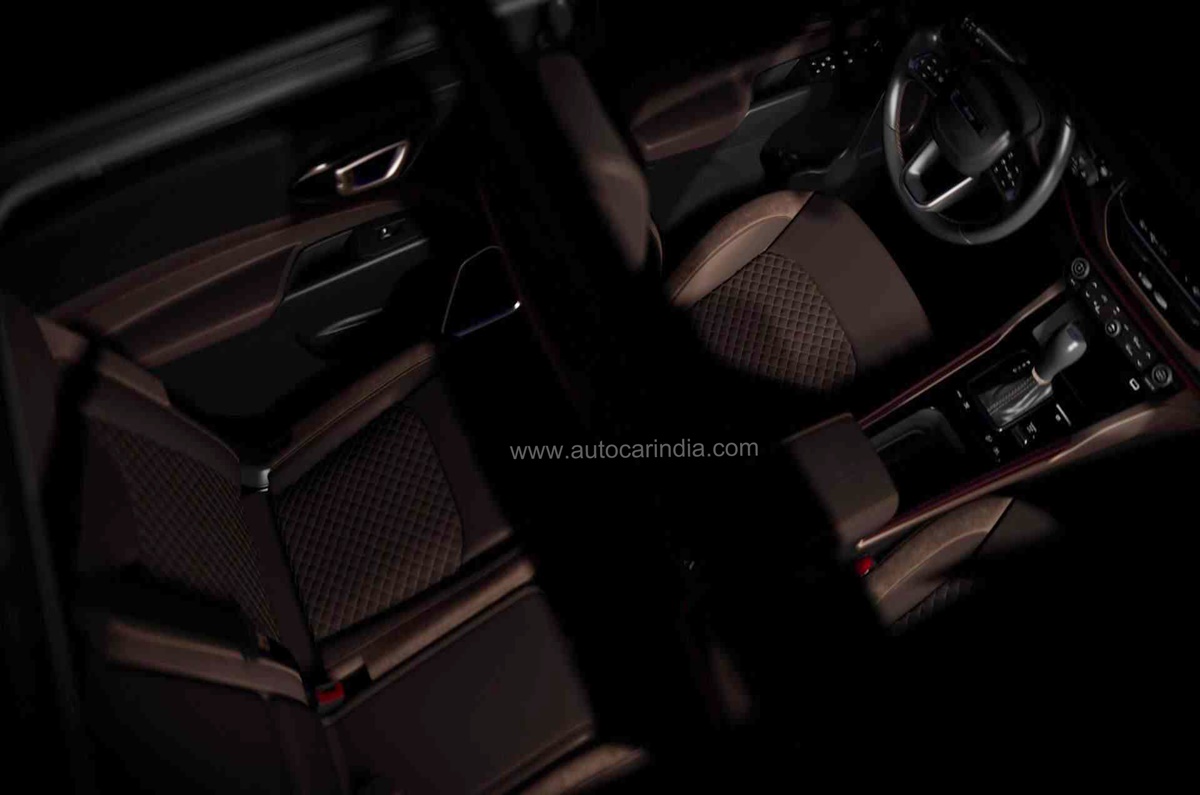 Jeep has been working on a three-row derivative of the Compass, which will be called the ‘Meridian’ in India but will make its debut as the Commander in the South American market first. Ahead of its global unveiling in the coming months, Jeep Brazil has teased the interior of the Jeep Commander for the first time.

Jeep Commander interior: what do the teasers reveal?

At first glance, the dashboard and other interior bits of the three-row Commander look very similar to the Compass facelift. However, a closer look reveals the unique accents and different materials used in the more-premium SUV. For instance, the Commander gets suede trim on the dashboard, which on the Compass is finished in leather. The seats are wrapped in a more premium, brown leather and suede upholstery with cross-stitching pattern. Additionally, the Commander also gets rose gold accents on the lower centre console and ‘Jeep 1941’ embossed on the front armrest, a reference to the year the Willys MB, the first Jeep, was introduced.

The most important highlight of the Commander is obviously its second and third row of seats. The teaser reveals the second-row seats split in a 60:40 ratio to allow access to the third-row seats. While it’s difficult to comment on space looking at teasers, we can confirm that third-row passengers will have amenities such as blower speed adjustment and charging ports.

Also, while this teaser only gives us a sneak peak of the interior with bench seats in the middle row, Jeep is also expected to offer captain’s seats in some variants.

It’s fair to say that the commander will be carrying over most of its equipment list from the Compass. The teaser already gives us a glimpse of the 10.25-inch digital driver display and 10.1-inch floating touchscreen infotainment system. We also get to see features such as steering-mounted audio controls, cruise control, a panoramic sunroof, ambient lighting, and dual-zone climate control.

In terms of safety, the Commander will likely be equipped with features such as multiple airbags, ABS with EBD, front and rear parking sensors, electric parking brake, and ESC. Jeep could also throw in some ADAS features such as adaptive cruise control, lane departure warning, and autonomous emergency braking.

Under the hood, the Jeep Commander that will first go on sale in South America will come with a 1.3-litre turbo petrol engine that also does duty on the Compass in some international markets.

For India, the Jeep Meridian will come with same 2.0-litre four-cylinder Multijet diesel engine that powers the Compass. However, this unit on the Commander will be more powerful than it is on the Compass. Although Jeep hasn’t officially confirmed output figures, it will likely produce 200hp (up from the Compass’ 170hp). The engine will solely come mated to a 9-speed torque converter automatic gearbox. Also, as reported by us recently, Jeep is also expected to offer the Commander with 48V mild-hybrid tech with a BSG (belt-driven starter generator) to keep emissions and fuel economy in check.

The Commander will be called the Jeep Meridian in India. Jeep is expected to begin series production of the Meridian in India by April next year, with its launch likely slated for mid-2022. The SUV is expected to be priced from around Rs 35 lakh. It will rival the likes of the Ford Endeavour, MG Gloster, Toyota fortuner, Volkswagen Tiguan Allspace, and the upcoming Skoda Kodiaq TSI.

Jeep ‘Junior’ could be first compact SUV with AWD