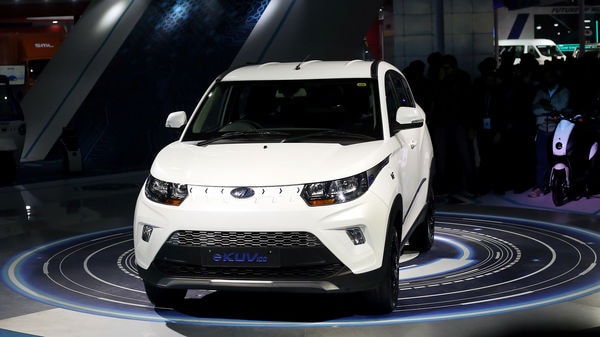 Mahindra Group on Wednesday has announced its association with Jio-bp, a joint venture of Reliance Industries Ltd and BP Plc, for the electric vehicle business. Together Mahindra and Jio-bp will explore EV product manufacturing and services.

In a release, Mahindra has said that under the non-binding MoU signed by the two groups, they will aim at accelerating EV adoption in India with high-performance and swappable batteries that would help in dispelling range anxiety.

The MoU also covers evaluating EV charging solutions by Jio-bp for Mahindra electric vehicles including electric three and four-wheelers, quadricycles and electric small commercial vehicles. This would include captive fleets and last-mile mobility vehicles of Mahindra Group. With this association, Mahindra is aiming at a larger chunk in the Indian EV market.

Mahindra has been mulling the idea to launch a wide range of battery-electric variants of its cars within the next few years, as it promised a few years back. The homegrown automaker is also mulling the idea to introduce a battery swapping service for its EVs that will reduce the downtime of the electric vehicles significantly and also help the automaker to explore a new business model by offering battery-as-a-service (BaaS) and mobility-as-a-service (MaaS).

Currently, despite growing interest from consumers, electric vehicles make up only a fraction of India’s total auto sales. This is mainly due to high battery costs and the lack of charging infrastructure in the country. Introducing the BaaS and MaaS might address the concerns. Jio-bp, earlier in October this year said that it had started offering services for charging and battery swapping for electric vehicles in India.

Besides the traditional vehicles, Mahindra is also looking at bolstering its EV business. The automaker expects electric vehicles to account for around 20 per cent of its total sales volumes in India by 2027. Its partnership with Jio-bp is expected to play a key role in that strategy/.