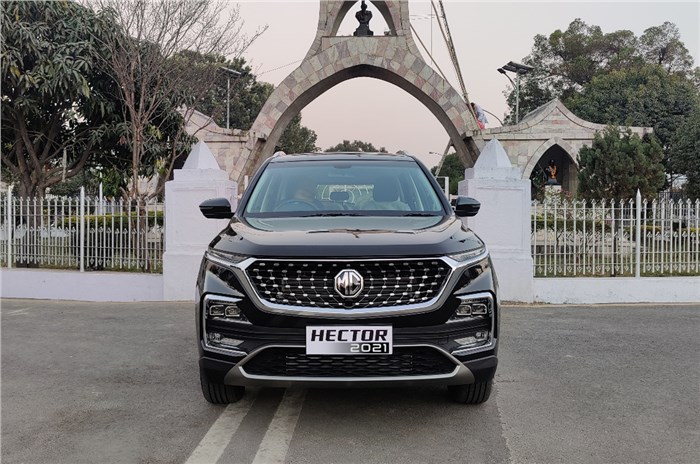 The Hector will be MG’s the first model to be exported out of India. More South East Asian countries will follow in the future.

MG Motor India has begun exporting its first made-in-India model – the MG Hector – to Nepal. The Hector is produced at MG’s plant in Halol, Gujarat, and the company says this is the first step towards its expansion plans of exporting cars to other South East Asian countries from India.

Sales and services of the Hector in Nepal will be handled by MG’s Nepal-based dealer partner – Paramount Motors Pvt. Ltd. Given the Chinese-owned British carmaker’s export expansion plans to other South East Asian countries, India will likely become a manufacturing hub. MG’s plant in Halol also sees the manufacturing of the Hector Plus, Gloster and Astor SUVs, which too could be exported to neighbouring countries at some point in the future.

Speaking on the commencement of exports, MG Motor India’s president, and managing director Rajeev Chaba said, “MG Motor India is constantly progressing its operations, expanding the market reach, stakeholder base, and adding new customers and partners to the MG family. Taking this spirit forward, MG is geared up to expand its footprint across the other South Asian countries starting with Nepal. We are looking forward to driving interest in Nepal with the launch of MG Hector.”

Launched in June 2019, the Hector was MG’s first model in India. MG hit the right chord in India as it started its innings with an SUV, and given the Hector’s expansive list of features not seen in its price range before, it was quick to wow the Indian audience. MG has revealed that in over two years of the Hector being on sale, it has delivered more than 72,500 units of the SUV in the country so far.

In India, the MG Hector is powered by a 1.5-litre turbocharged petrol engine rated for 143hp and 250Nm and a Fiat-sourced 2.0-litre diesel that develops 170hp and 350Nm of torque. The petrol engine also comes in a 48V mild-hybrid guise. Transmission options on the Hector include a 6-speed manual, a 6-speed DCT and an 8-step CVT gearbox.

MG recently also announced that its sixth model for India will be an all-electric model that will be priced between Rs 10 lakh-15 lakh. While there are no specific details about this upcoming model yet, MG has hinted that it will be on the lines of a crossover and will launch in the market by March 2023. You can read more about it here.

What are your thoughts on MG’s upcoming all-electric model for India? Do you think it can take competition up to the hot-selling Tata Nexon EV? Let us know in the comments below.