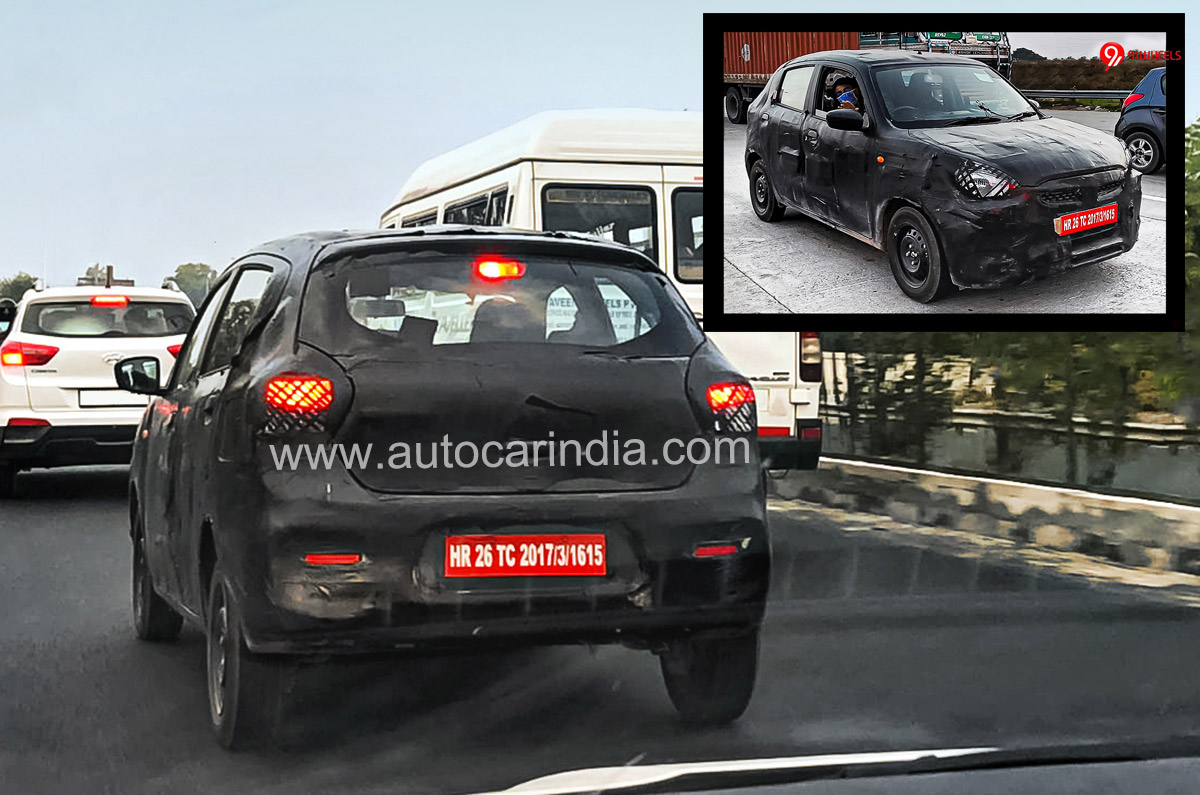 The Maruti Suzuki Celerio is set to soon be replaced by the new, second-gen model that has been spotted testing on numerous occasion. Launched back in 2014, the first-gen Maruti Suzuki Celerio was at the time the most affordable automatic car to go on sale in the country, debuting Maruti’s AMT gearbox technology. We take a look at what you can expect from the new second-gen hatchback.

1. Will be based on Maruti’s Heartect modular lightweight platform

To start with, the second-gen Celerio will be underpinned by Maruti’s Heartect platform, which also underpins models such as the S-At and Wagon R. The move to the new platform is also expected to be accompanied by a growth in size, with the new model expected to sit on a longer wheelbase and have a wider cabin to boost occupant comfort.

2. Expected to get the option of a 1.2-litre petrol engine

Sticking to the mechanicals, another big change to the new Celerio is expected to be under the hood. While the current BS6-compliant 1.0-litre three-cylinder K10 unit will carry on, it is expected to be joined by the larger and more potent 83hp 1.2-litre K12 unit from the Wagon R. Gearbox options are likely to be similar to the Wagon R as well, with a 5-speed manual as standard and a 5-speed AMT offered as an option.

The new Celerio will follow Maruti’s latest design language. Images of test mules have revealed design details like an upright and flattish nose, likely to meet the pedestrian safety norms, along with details such as a slim grille, swept back headlamps, tear-drop shaped tail-lamps, a more reclined rear windshield and rounded rear end. Expect higher variants to sit on new design alloy wheels, with lower variants getting either naked steel wheels or wheel covers.

4. Will get more features than the outgoing model

Inside, the cabin will be all-new as well, though expect the Celerio to share common switchgear with other cars from Maruti’s line-up. Spy images of the interior circling the web have suggested an all-new dashboard design with a high-set protruding central console flanked by air con vents on either side and air con controls below. Among notable design elements is a new design steering wheel, which is similar to that in the Wagon R. The Celerio is also expected to get more tech than the outgoing model, with fully-loaded models expected to come kitted with Maruti’s SmartPlay Studio infotainment system.

5. Will take on the Tata Tiago and Hyundai Santro

As with the current Celerio, the second-gen hatchback will go up against the Tata Tiago and the Hyundai Santro. Expect prices for the budget hatchback to be in the region of Rs 4.5 to 6.5 lakh.