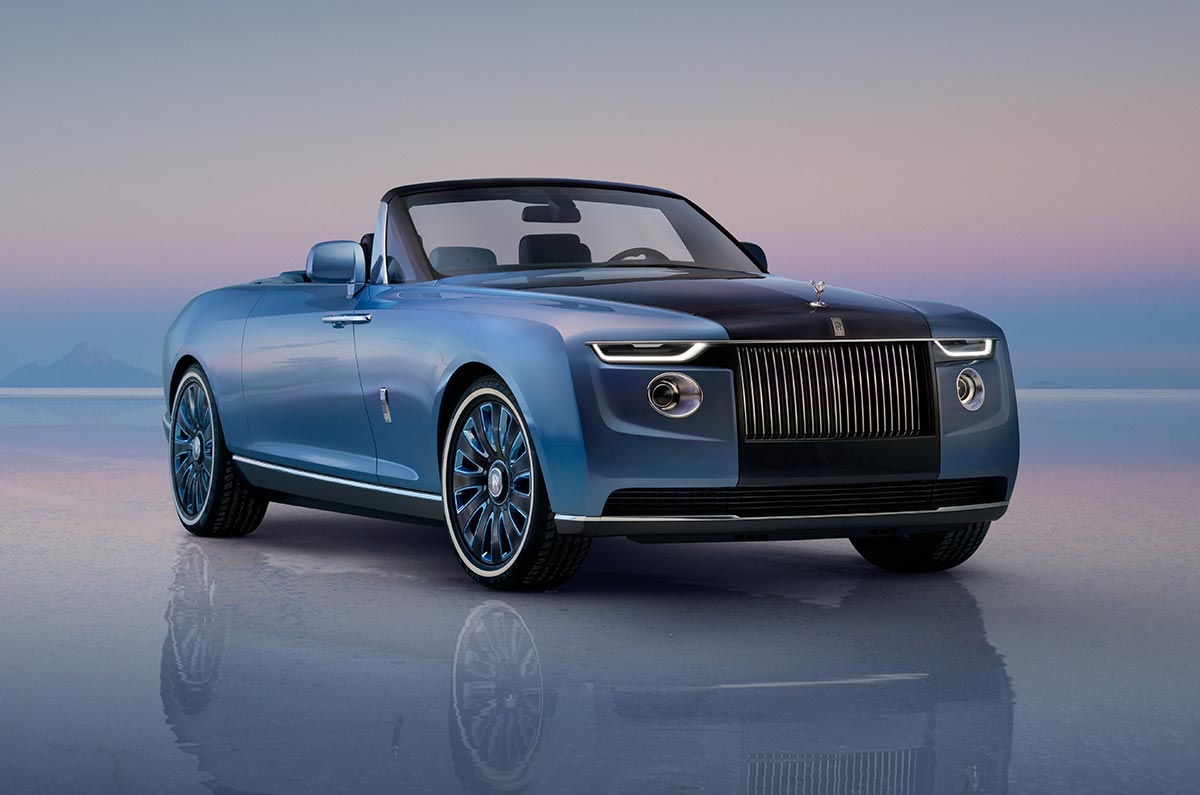 The Rolls-Royce Boat Tail is a completely bespoke and coachbuilt model, that has been commissioned by three of the luxury carmaker’s clients. The first of the three Boat Tail’s has been revealed today, showcasing the client’s personal tastes as well as the extent to which the bodywork has been customised. All models will share the same body style, but will have unique appearances and features.

This new model has been showcased shortly after Rolls Royce’s announcement, earlier this week, that it has revived its coachbuilding operations. This allows prospective clients the ability to commission new and bespoke body styles while keeping within the company’s design principles. This level of coachbuilding was also seen in the one-off Sweptail that was revealed back in 2017.

Inspiration for the new Rolls Royce Boat Tail has been derived from J-Class yachts as well as the original 1932 Rolls-Royce Boat Tail. The first of the new Boat Tails has been built for a couple that owns a restored original Boat Tail in their private collection. There brief to Rolls on the onset of this project – three years ago – was to create a “joyful” and “celebratory” car, they could enjoy with their family.

Looking at the new Boat Tail, the first thing that stands out is its massive proportions, as the car measures in at nearly 5.9 metres in length. Upfront, there is Rolls-Royce’s pantheon grille that is flanked by wide and deep-set daytime running lights with classical round headlamps positioned below. All this is extremely well incorporated making the new front-end design appear almost seamless. 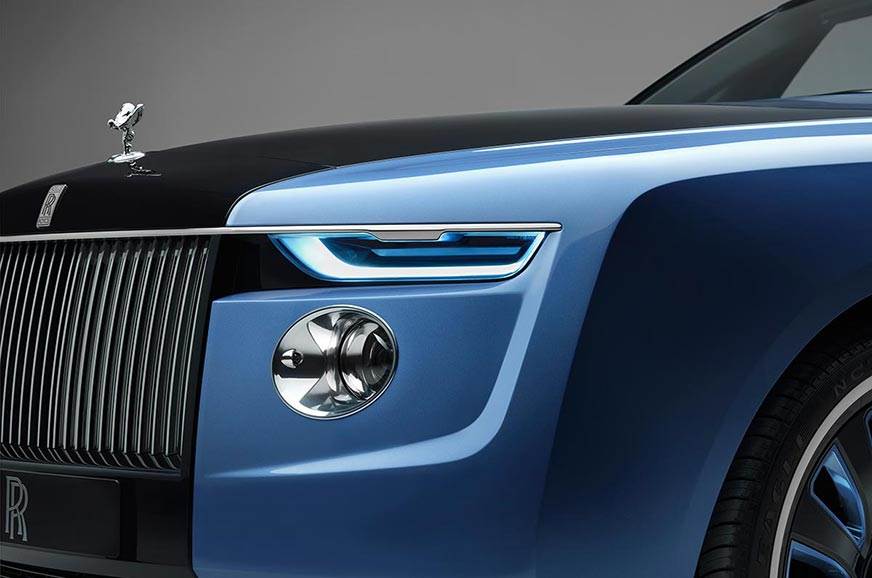 Viewed from the side, is when the nautical theme is the most apparent. The main talking points are the wraparound windscreen that is supposed to resemble the visor present on boats, the gently downward sloping waistline with the well incorporated wooden deck (reminiscent of the decks seen on yachts) at the rear and the unconventional and unique fixed-canopy roof.

The rear of the Boat Tail features a set of bold horizontally mounted taillights that have been positioned relatively low, in order to evoke the appearance of a dipped stern of a boat. Additionally, Rolls Royce has used carbon fibre throughout the lower sections of the car including the side sills and front and rear bumpers. 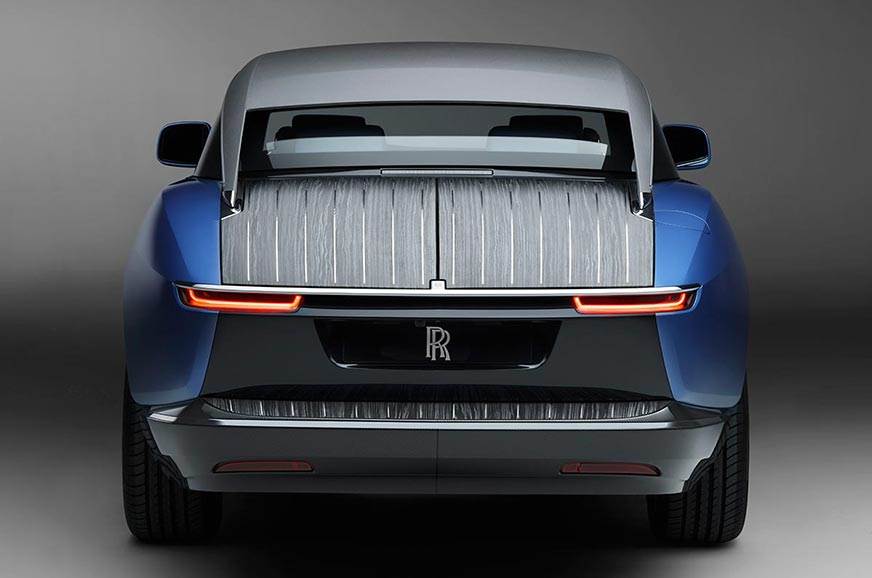 This particular Boat Tail has been finished in a two-tone colour combination comprising of a bright blue and a deeper, dark blue paint shade that is embedded with both metallic and crystal flakes. The dual-tone colour scheme also carries over to the wheels that are wrapped in white-wall tyres.

There are some bespoke design elements that Rolls Royce and the clients have worked on that should be highlighted. The first of which is the fixed-canopy roof that adds to the cars sculpted look, as the sweeping roofline ends with these unique structural elements that extend out to the deck and resemble flying buttresses. Of course, in case the clients encounter bad weather when the roof is off, Rolls Royce has provided a temporary cover (tonneau) for the seats. 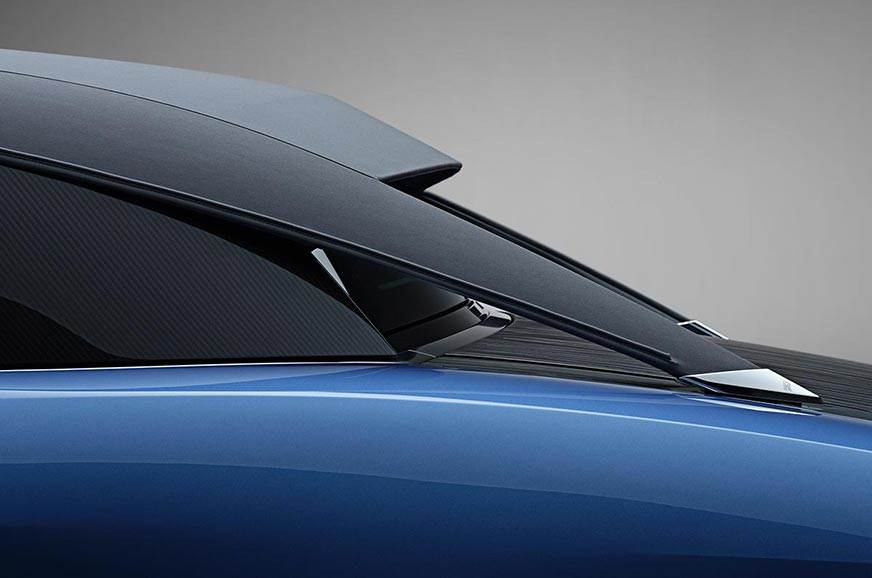 The next major detail is the wooden rear deck which is finished in a caleidolegno veneer – giving it the dark colour. The open pore wooden deck also features brushed stainless steel pinstripe inlays that visually help elongate its appearance. The deck’s butterfly style doors are hinged towards the centre line and it opens to a precise 67 degree. Once opened, the content below the decklid which consists of fine cutlery, silver ware, towels, and so on, is raised to a 15-degree angle to be presented to the owners. This area also houses two picknick tables that fold out and two refrigerators. One of the fridge’s has been designed specifically to accommodate the owner’s favourite bottles of champagne and has the ability to rapid cool said bottle to 6 degree Celsius – it’s ideal serving temperature. Rolls has also provided a unique umbrella (parasol) housed under the centre line of the decklid, in addition to the umbrellas in the doors. 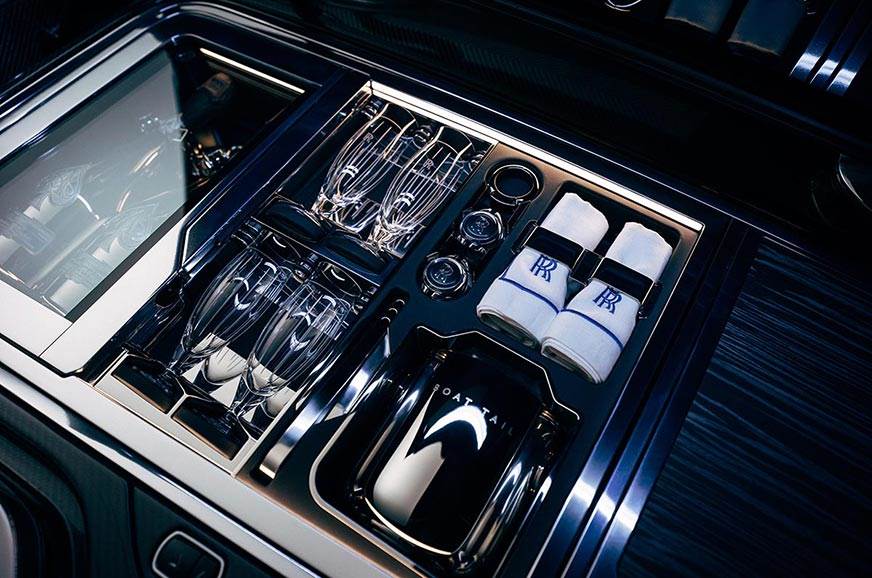 While the interior layout might not be very different to that seen on other Rolls Royce models, there are plenty of unique touches made to the Boat Tail. The most visible is the colour scheme, as the front seats adopt the dark blue exterior colour, while the rear seats sport the light blue shade. This is accompanied by contrast piping on the seats and detailed stitching all around the cabin. Another interesting detail on the interior is that the instrument panel dials are adorned with a decorative technique named Guilloché (a technique more commonly used by jewellers and watchmakers). 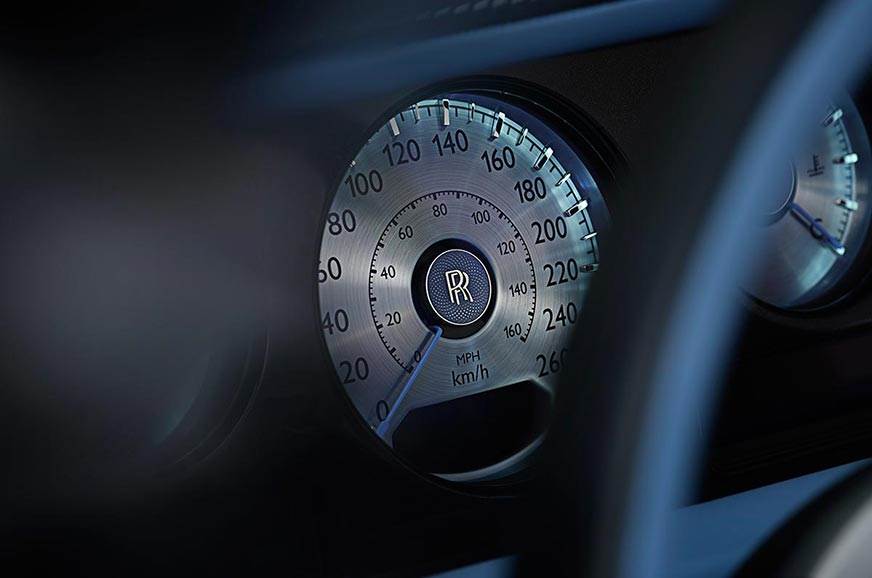 As the clients are avid pen collectors, the glove box also houses a special Montblanc pen that is placed in a hand-crafted aluminium and leather case. Even the timepieces in the dashboard are custom made for this Boat Tail by BOVET 1822, and they are designed to be removable – so as to wear them as wrist watches by the couple.

Unfortunately, Rolls Royce have not yet revealed any powertrain or technical details of the new Boat Tails. Under the hood, the Boat tail presumably features the same 6.75-litre, twin-turbo V12 engine seen in the Phantom, Ghost and Cullinan. The power outputs of this engine range from 555-571hp and 850-900Nm.

Coming to the activities of Rolls-Royce in India, it launched the new eighth-gen Phantom back in 2018, as well as its first ever SUV, the Cullinan, later in the same year. In 2020, the luxury carmaker also launched the all-new Ghost sedan in our market. Besides this, Rolls Royce still offers the two-door Wraith coupe and Dawn convertibles, both of which are based on the previous-gen Ghost.