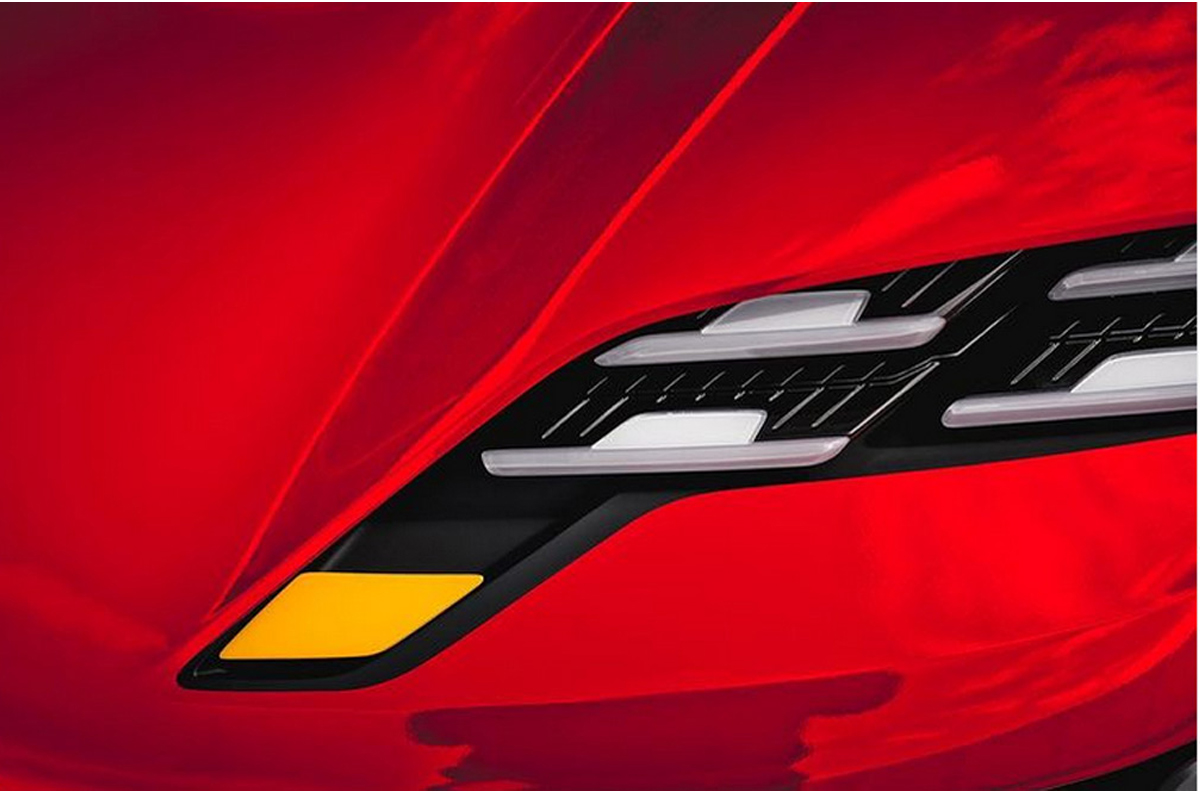 The Munich Motor Show is all set to kick off from September 6, and Porsche will be debuting an all-new “future-oriented” concept car at the event. The company has teased on Twitter a single close-up image of a headlight. The caption said Porsche is “looking to the future” with the “world premiere of a future-oriented concept study” but offered no further details.

Porsche concept at Munich Motor Show: what to expect?

The LED headlights feature a distinctive design that hasn’t previously been seen on any Porsche. While the upper portion somewhat resembles the headlights of the Taycan, the lower portion of the headlamp cluster features turn signals, which is quite unique for a Porsche.

The term “concept study” suggests that that the model is likely to be some form of forward-looking, brand-shaping design, rather than closely previewing a forthcoming production car.

The suggestion that the concept is “future-oriented” means it will almost certainly feature some level of electrification. Porsche has already launched the Taycan luxury sedan as its first EV and is currently working on an electric-only, next-generation Macan SUV. Porsche is also developing a BMW i4-rivalling electric sedan and there have been reports about an electrified Boxster being in the works as well.

While there are not many details available as yet, it will be interesting to see what Porsche showcases eventually.

Back here in India, Porsche will be launching the recently revealed Macan facelift, as well as the Cayenne GTS, in the coming months. Moreover, the company will also be expanding its dealership network in the country by the end of this year. Meanwhile, the all-electric Porsche Taycan is expected to make it to our shores sometime next year.