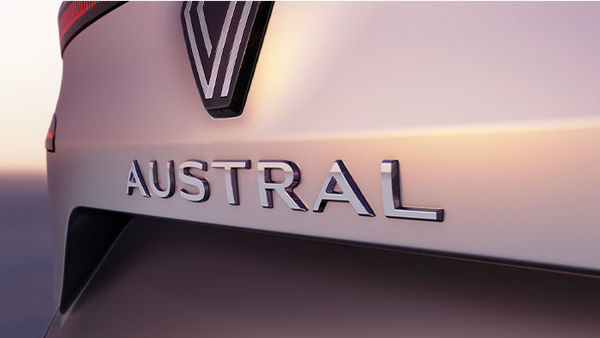 Renault has revealed that its new SUV, which will be produced at the Palencia Factory, will be called Austral. The French carmaker shared a teaser with a note that says, “This new model supports Renault’s aim to strengthen its position in the C-segment again, following the Arkana and the new Megane E-TECH Electric models.”

The Renault Austral SUV is primarily meant for the European markets. However, it is too early to say whether it will also hit the Indian shores any time soon. Renault currently does not have any offering in the compact SUV segment in India.

Sylvia Dos Santos, Head of Designation Strategy for the Global Marketing Department of the Renault brand, said, “Austral evokes the vibrancy and warmth of the southern hemisphere and invites exploration. This makes it an ideal name for an SUV. The word is a word that can be easily pronounced by people all over the world, and it has a harmonious sound that gives the car a truly global feel.”

The name Austral is derived from the Latin australis. The Austral forms part of the new compact SUV family developed by the Renault brand, featuring innovative connected technology and offering eco-driving pleasure. With a length of up to 4.51 meters, Austral offers a spacious and comfortable living space for 5 people.

Renault has not shared any more detail about the engine, features or any other aspects about upcoming Austral SUV yet. However, according to reports, the SUV is likely to be based on the Alliance’s CMF platform, which also underpins the Nissan Qashqai SUV. The Austral SUV is likely to be powered by a 1.3-litre petrol engine developed jointly with Daimler. The engine is capable of generating maximum output of 140 horsepower and may be offered with an option hybrid version as well.

The expected time for the Renault Austral to make its global debut and launch for the European market is likely to be some time in the second half of next year.