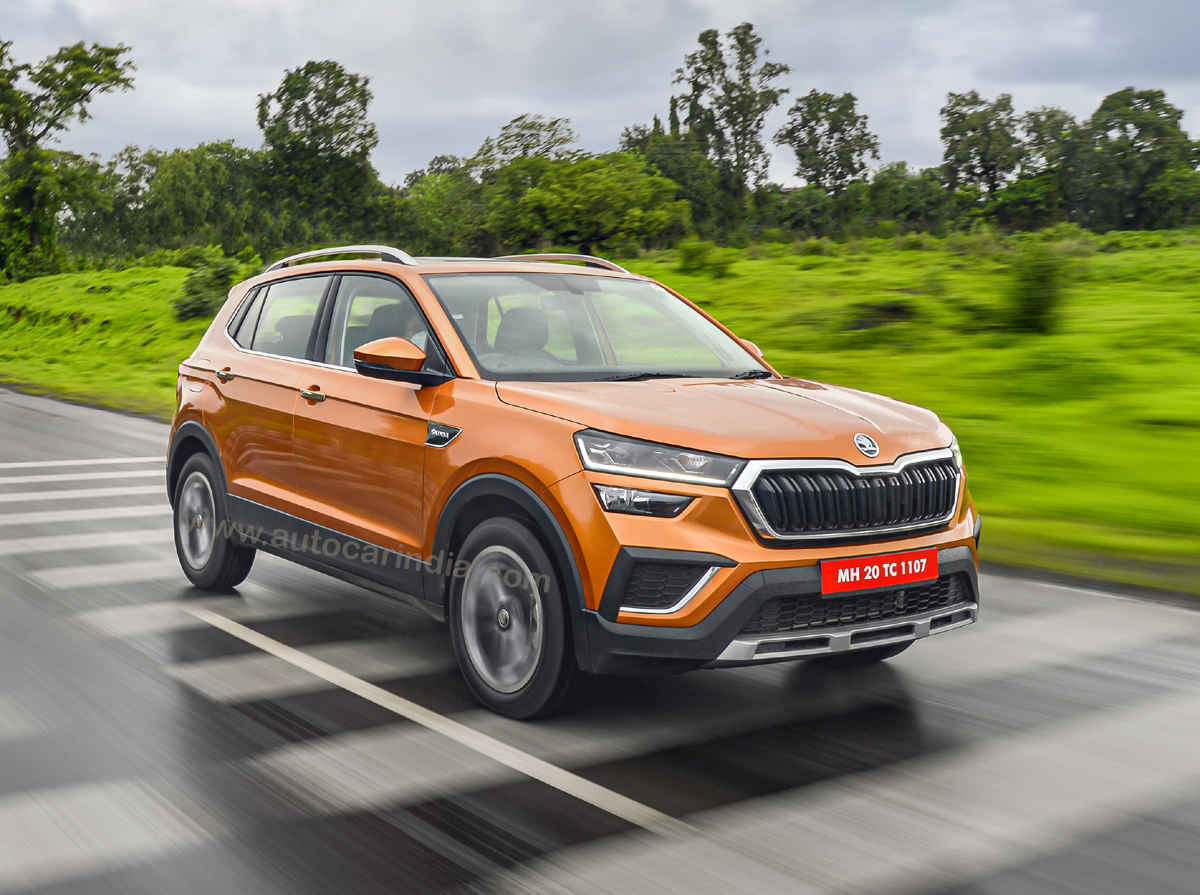 The new Skoda Kushaq is the brand’s first model under VW Group’s India 2.0 strategy and is a very important product for Skoda in India. Based on the heavily localised MQB-A0-IN platform, the Kushaq has scored greatly in terms of styling, features, driving dynamics and powertrain. But what about fuel efficiency? Well, we have put all versions of the SUV to the test to find out its real-world fuel efficiency.

What is the real world fuel efficiency of the Skoda Kushaq?

The three-cylinder 1.0-litre TSI gets tall gear ratios in the interest of fuel efficiency. The manual is easy-going due to its wide spread of torque, so you can stay in second or third gear while pottering around town and manage good fuel efficiency. However, when you are on the highway, you will need to work this tiny motor, hence despite having six gears at its disposal, its fuel efficiency takes a hit on the highway. The automatic, on the other hand, likes to upshift early and you’ll often find yourself prodding the accelerator to get a move-on. The constant on-off boost driving and heavy throttle inputs resulted in relatively poor economy in both city and highway.

As for the larger motor, with active cylinder deactivation technology working its magic, the 1.5-litre TSI is often running on just two-cylinders, so long as you are not driving aggressively. Also, stronger low-end responses mean that you don’t have to accelerate too hard to get going, which gives it the best mix of fuel efficiency in the range with the manual. Interestingly, you’ll often find the automatic slipping the clutch when you get on and off the throttle in the city. As a result, fuel efficiency in the city takes a beating. That said, having seven ratios to play with, the DSG is an easy sipper on the highway with promising fuel efficiency.

Before our real-world fuel efficiency test, we fill the tanks of our test cars till the brim and maintain tyre pressures based on the manufacturer’s recommendation. These cars are driven in fixed city and highway loops and we maintain certain average speeds. To keep a check on any untoward variation, we always have a reference car driving along, one that we’ve already tested in the past; periodic driver swaps further neutralise variations in driver patterns.

At the end of each cycle, we calculate efficiency by tanking them up till the brim. Throughout our test, there is only one person in each car, running the air-con and other electrical like the audio system, indicators and wipers when required, just like how a regular user would. We take pride in our testing data, which isn’t merely consistent, but also gives users an accurate indication of what they can expect in the real world.