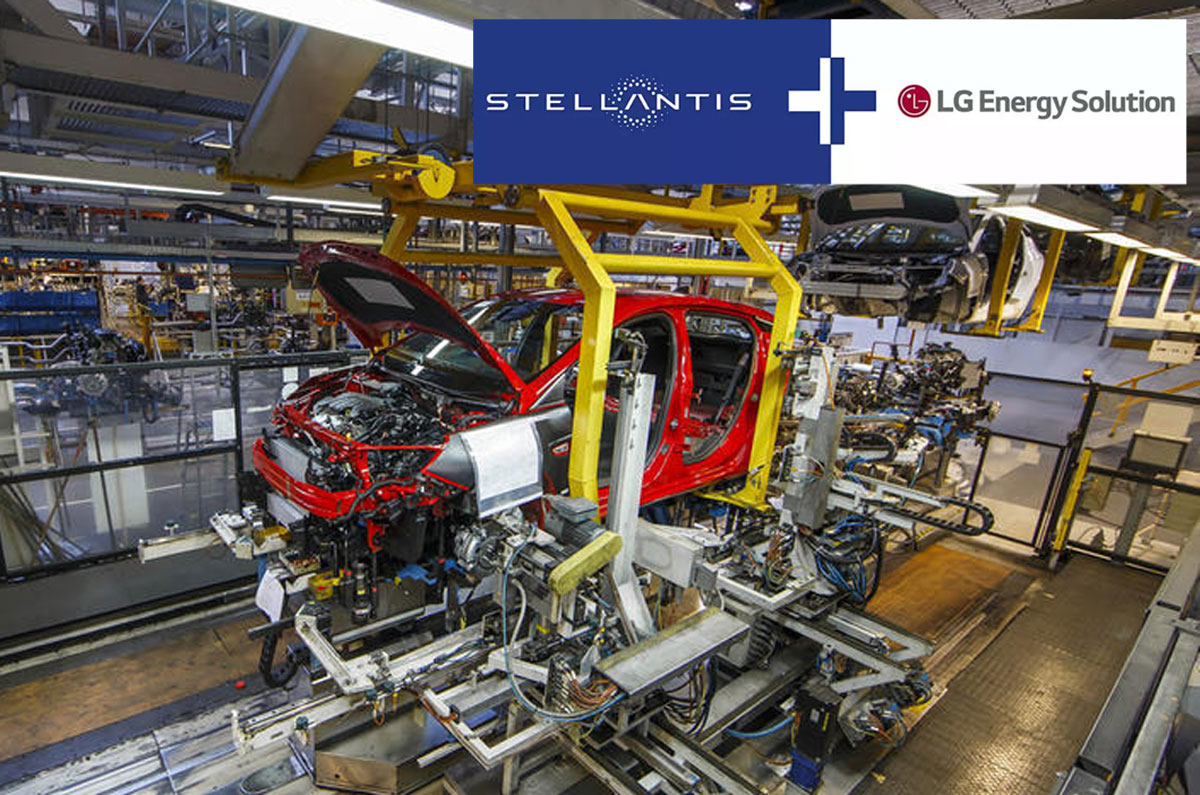 Stellantis and LG Energy Solution have announced a £3.01 billion (over Rs 30,000 crore) investment in a joint venture to build a gigafactory in Canada, with an annual capacity of 45GWh.

Stellantis claims the Windsor site (just across the border from Detroit) will be the first large-scale, domestic battery factory in Canada, with a view to produce cells for Stellantis’ North American market, where brands such as Chrysler and Jeep are crucial to the conglomerate’s success. Last year, Jeep’s share of the US market was just over five percent.

Stellantis is reporting that the plant will be open in 2024 as it pushes for five million annual global EV sales by 2030. The ambition is for 50 percent of Stellantis’ North American market and 100 percent of its European market to be EV by the same date. Brands such as Alfa Romeo, DS, Lancia and Maserati will launch only EVs from 2025.

It comes as more manufacturers push for EV production in Canada. UK-based Britishvolt is hoping to open a 60GWh Quebec facility in 2026, while lithium mining is also being investigated in the country. Snow Lake Lithium’s 55,000-acre site is expected to produce 1,60,000 tonnes of six percent-lithium spodumene a year when it opens in 2024.

“Our joint venture with LG Energy Solution is yet another stepping stone to achieving our aggressive electrification roadmap in the region aimed at hitting 50 percent of battery-electric vehicle sales in the US and Canada by the end of the decade,” said Carlos Tavares, Stellantis CEO.

LG Energy Solution started as a subsidiary of the vast LG Chem conglomerate, South Korea’s largest chemical company, before being publicly listed in December 2020. It has a history of battery production stretching back to 1999. As of 2021, it had annual sales of £11.8 billion (around Rs 11,800 crore), across a range of battery technologies, with nearly 28,000 employees.

With this announcement, LG’s North American battery capacity is 200GWh, enough for over 25 lakh cars.

Stellantis to invest 30 billion Euros towards OTA updates for cars