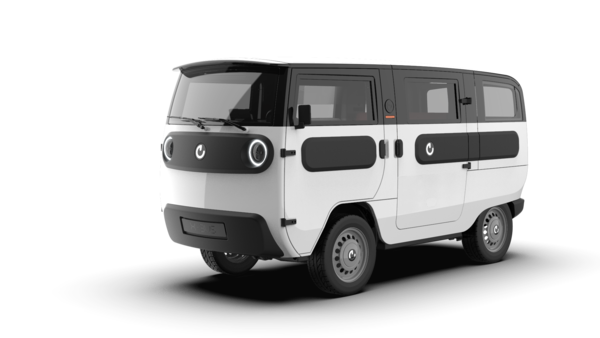 A German company called Electric Brands has revealed its modular electric vehicle called Xbus and the smallish-looking EV might be hit for those who want their vehicles to look adorable. However, there is a catch. According to the legal definition in Europe, this Xbus falls in the category of the L7e class for quadricycles.

Quadricycle is a motor vehicle with four wheels whose mass is not more than 450 kg and has less stringent manufacturing requirements compared to regular cars. The EV comes in nine variants that are an enclosed bus, a pickup with a tilting dump truck bed, a pickup for a fixed bed and a flatbed version with fold-down sides. It will also have a camper variant that will be comprised of a refrigerator, sink, cooktop, and TV inside.

The electric vehicle uses four, wheel hub electric motors that can create a peak power of 75 hp and 20 hp of continuous power. It has a top speed of 100 kilometres per hour. It is comprised of a standard battery with a 10 kilowatt-hour (kWh) capacity that can cover a distance of 200 kms on a charge. The enthusiastic ones can also opt for a 30 kWh pack that can boost the range up to 600 kms.

The Xbus has battery drawers in the middle and one can swap them out at a dealer or with the help of two without specialised tools. Initially, there will be 600 dealers in Europe, however, the company aims to eventually expand to 1,000 locations. As it falls in the category of the L7e class, its payload is limited to 450 kg and 600 kg for freight transport. The crash safety standards are also less stringent in the vehicle.

Electric Brands will manufacture the Xbus at an existing factory in Itzehoe, Germany and German company Universal will supply the battery cells. Prices of this EV will start at €17,380 which is around ₹15 lakhs and its production will start around mid-2022.