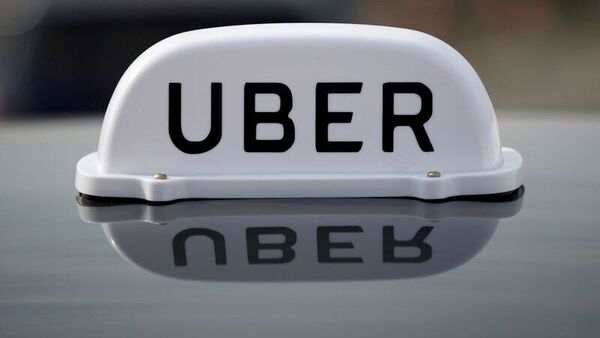 * Rules imposed in 2021 restricted the pool of drivers by stipulating they must be Saudi citizens and personally own their vehicle, even though families often share cars

Yet the mood has soured as complaints over long waits to catch a ride using Uber or competitors like Careem, Jeeny and Bolt soar. Locals as well as the visitors and businesspeople the kingdom wants to woo in a challenge to nearby Dubai are frustrated.

That’s mainly down to a slew of government rules that landed the firms with huge retroactive tax bills and limited what cars are permitted and who can drive them, according to people familiar with the matter. While one side of the state is investing, another is clamping down, underlining tensions in how Saudi officials plan to attract firms and finance to diversify the economy.

The impasse has left travellers like Kareem Salama stranded.

The Saudi ride-hailing experience is “the worst I’ve dealt with in the world,” said the 34-year-old medical-device sales professional in Riyadh, describing a mix of tedious waits and drivers who call to ask for directions, and then cancel. “It’s crazy.”

It’s a sharp reversal from 2016, when the Public Investment Fund invested $3.5 billion in Uber, positioning it at the forefront of the gig economy in Saudi Arabia. Saudis with few choices in how they get around already relied heavily on the firm and its rival Careem — later acquired by Uber — particularly women, who were banned from driving until 2018.

In Riyadh, there are just a handful of public buses and a metro system under construction for years isn’t open yet. It’s a car-dependent society, and many people who can afford it use Uber as their main form of transport.

The apps used to be a reliable and comfortable way to get around, particularly when summer temperatures soar above 100 degrees Fahrenheit and hailing a taxi isn’t easy. But wait times have surged since early 2021, with smaller ride-hailing apps such as Bolt sometimes showing no cars at all.

Rules imposed in 2021 restricted the pool of drivers by stipulating they must be Saudi citizens and personally own their vehicle, even though families often share cars, the people said.

This year, officials enforced a rule that ride-hail cars must be no more than five years old, excluding more drivers, they said. The companies also have to pay a roughly half-a-riyal (13-cent) surcharge per trip to Elm — a firm majority-owned by the PIF — to manage and store their ride data, according to the people.

Uber and Careem declined to comment when contacted. Elm declined to comment. Their data platform links driver, vehicle and trip information from ride-hailing companies with the industry regulator, according to Elm’s website. “The service monitors and tracks each trip data to systemize transport operations in an endeavor to boost quality and ensure safety and security,” the website says.

The ride-hailing industry’s struggles are a microcosm of clashing priorities within Crown Prince Mohammed bin Salman’s “Vision 2030″ program to diversify the oil-dependent economy.

It aims to stimulate entrepreneurship, build up non-oil sectors and increase foreign direct investment more than five-fold by 2030. But the plan also seeks to boost non-oil revenue through taxes and fees, expand the sovereign wealth fund and increase the employment of Saudis in private businesses, which rely on cheaper foreign labor.

The agenda encourages “ministries to increase or create new government revenue, and I think we do see some examples of lack of coordination in these efforts,” said Karen Young, a senior fellow at the Middle East Institute in Washington, D.C.

Other examples include a push by the tax authority to collect back-dated bills worth tens of millions of dollars from gig economy firms, as well as a new privacy and data proposals that foreign companies complain would raise costs. Customer call centers must be on-shore and employ Saudis, adding a further financial burden, the people said.

Saudi Arabia’s Transport General Authority, which regulates the ride-hailing industry, didn’t respond to a request for comment. Neither did the Ministry of Investment.

Ride-hailing companies are lobbying officials for changes, according to the people familiar with the matter.

At one of the smaller outfits, the combined impact of the new regulations led to a 70% fall in drivers since early 2021, one of the people said. Customer wait times more than doubled.