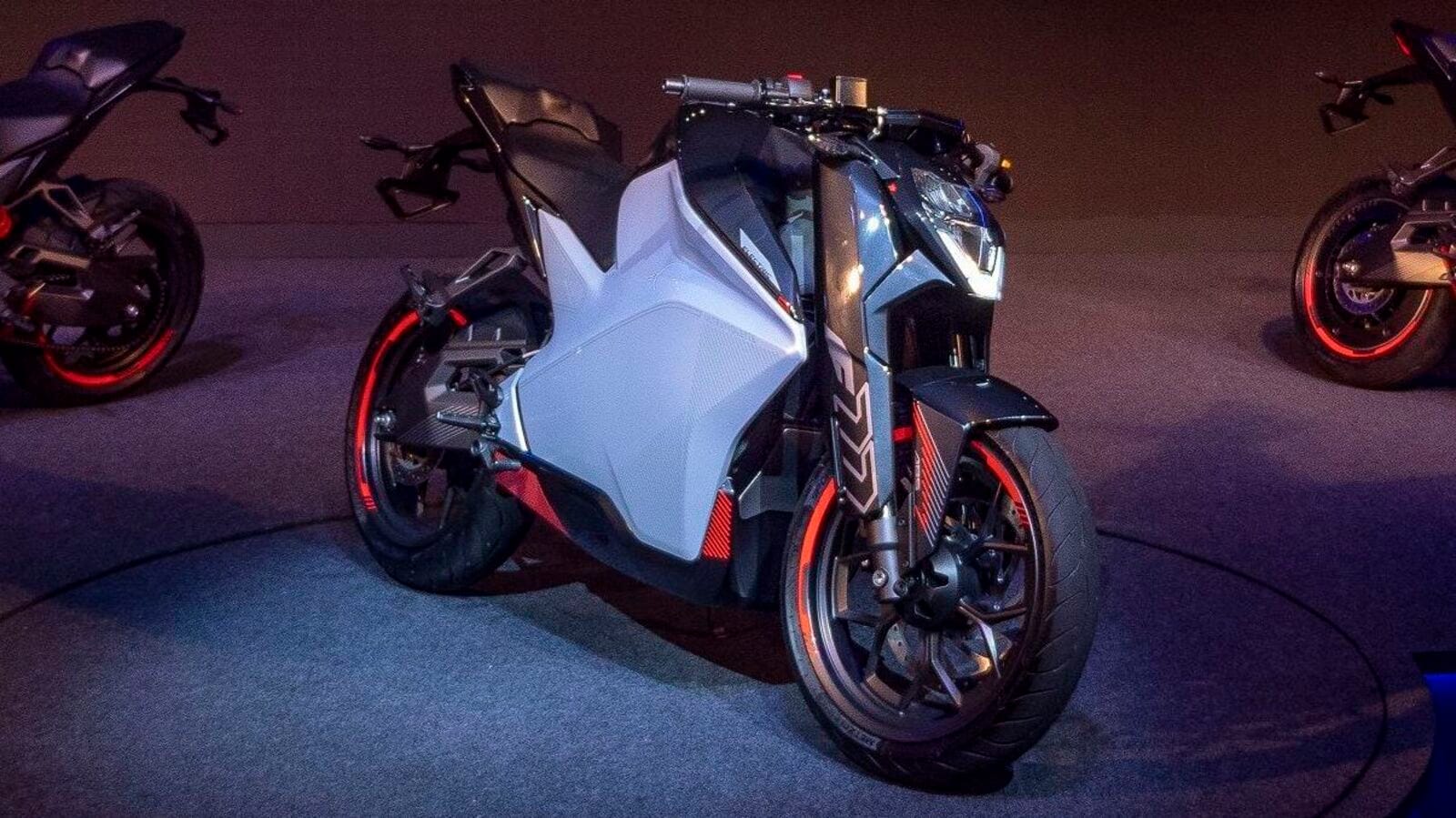 Ultraviolette Automotive is ready to launch its much-awaited electric sportsbike Ultraviolette F77 in India on November 24. The electric bike was unveiled in an event a few weeks ago and grabbed the attention of the rider community of the country with its eye-catching styling and the promised features and technologies. Backed by the TVS Motor Company among others, Ultraviolette Automotive claims to have invested five years of research in developing the F77 e-bike. Ultraviolette opened bookings for the F77 late last month at a token amount of ₹10,000. The price of the electric sportsbike is yet to be revealed, but the manufacturer has already divulged several details of the model. Here are what we know about it so far.

The Ultraviolette F77 electric bike is built on a lightweight frame that promises better handling on the road and during a high-speed run. Ultraviolette Automotive claims that the electric bike has become 30 per cent lighter than before and twice stiffer too, which ensures better stability for the bike and more safety for the rider.

During opening bookings for the electric bike, Ultraviolette Automotive claimed that the F77 had already fetched more than 70,000 pre-order interests from around 190 countries. The number would have increased significantly by now.

The Ultraviolette F77 electric bike comes with a fixed lithium-ion battery pack. This battery pack promises to offer higher energy density than ever, ensuring more power output and significantly improved riding range than the previous prototype shown by the EV manufacturer. The EV company also claimed this battery pack is located inside an aluminium casing and is the largest available on any electric two-wheeler in India. It comes with five levels of safety and passive air cooling technology.