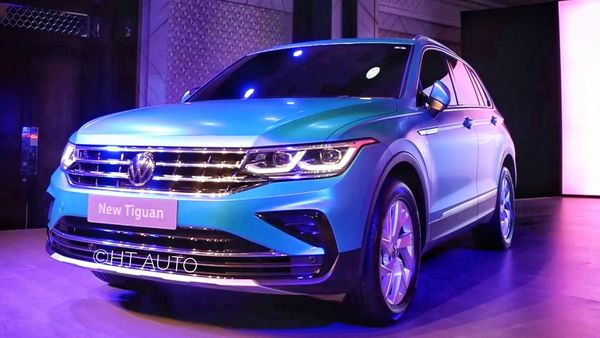 Volkswagen India is gearing up to launch the 2021 Tiguan facelift in th domstic market on December 7, announced the automaker on Thursday on its social channels. This facelifted five-seater SUV comes as part of the brand India 2.0 strategy and it will be one of the four SUVs the car brand has announced to introduce in India.

The updated Tiguan made its global debut back in 2020. Now the SUV is ready to hit the Indian showrooms. Upon arrival, the upcoming facelift version of the premium SUV will compete with rivals such as Jeep Compass, Hyundai Tucson, and Citroen C5 AirCross.

The German car giant previously announced that it will bring other three models in Indian market as well, which include all-new Taigun and updated versions of T-Roc and Tiguan AllSpace 7-seater SUV.

Just like the pre-facelift Tiguan, Volkswagen aims to locally assemble the mid-size premium SUV in India in an attempot to keep its pricing competitive against the rivals.

Speaking about the design changes, 2021 Volkswagen Tiguan facelift comes with a refreshed styling, in line with other contemporary models. It gets a slightly revised front grille with chrome embellishment, LED Matrix headlamps and LED daytime running lights along with updated bumper housing triangular fog lamps. The overall front fascia of the car appears sharper and more stylish.

Moving to side profile, it gets sporty and stylish alloy wheels. Also, it comes with sharp character lines. Rear profile of the car comes with slimmer LED taillamps to increase its visual appeal.

Based on MQB platform, 2021 Volkswagen Tiguan facelift will be powered by a 2.0-litre, four-cylinder turbocharged engine, tuned to churn out 187 bhp power and 320 Nm of peak torque. The engine will come mated to a seven-speed DSG automatic transmission as standard and will get 4Motion all-wheel-drive (AWD) system.