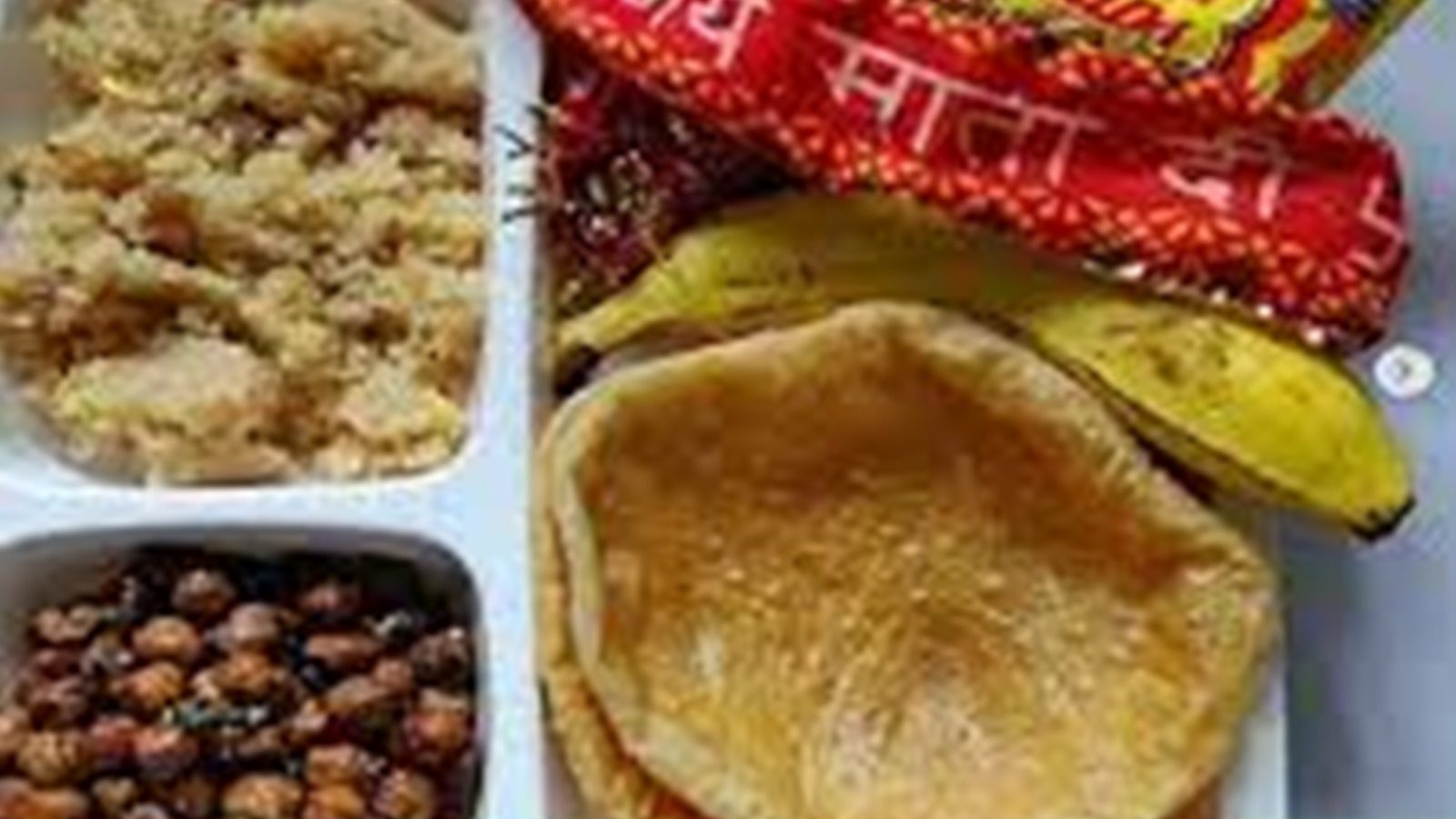 Kanjak Pooja Prasad: Shardiya Navratri is now nearing its end. On the Ashtami and Navami dates of Navratri, the devotees of the mother worship the girl. Before this, people offer pudding, puri and gram to the Goddess. According to religious beliefs, offerings of Halwa, Puri and gram are considered very dear to Goddess Durga. For this reason, many people serve pudding, puri and gram to the girls who are considered to be the form of Mother Goddess even in Kanya Puja. Today we are going to tell you the method of making Halwa, Poori and Chana. Maa’s bhog can be prepared easily by following these steps.

Ingredients for Poori:
Wheat flour – 2 cups
Salt – as per taste

Chana Recipe:
To make gram, first wash the black gram with water and let it melt overnight so that the gram swells well by morning. Wash the puffed chickpeas once more in the morning with water and put them in the cooker. Add a cup of water and salt to it. Put the cooker on the gas and cook till 1 whistle comes. Slow down the gas flame after the whistle. Switch off the flame after 2 to 3 minutes. When the pressure of the cooker is over, open the lid.

Now take a wok and put oil in it and put it on the flame. Add cumin seeds to it and let it temper. Then add chopped chilli and ginger and fry it lightly. Now add coriander and turmeric powder and fry it a little. Its
After that add some water and add gram and cook it. Add mango powder, red chili powder and garam masala on top. Now increase the flame and cook while stirring the gram with a spoon. After 3 minutes in chunks
If it becomes thick, then turn off the flame and put green coriander on top. In this way your chickpeas are ready for enjoyment.

Halwa Recipe:
Put ghee in a pan and let it heat up. When the ghee starts melting, add semolina to it and keep stirring it continuously with a spoon. Keep in mind that the flame has to be kept low. When the semolina turns golden brown in color, stir it and it starts smelling, then add chopped dry fruits and add sugar and one and a half cups of water together. Let it cook on low flame for at least 5 minutes. Add cardamom powder on top and stir the pudding. Take your pudding prasad is ready.

Poori Recipe:
To make poori, take flour in a big layer. Knead a hard dough by adding little water in it. It will require about 1 cup of water. Now cover the dough with a wet cloth and let it rest for 20 minutes.
Keep it aside, this will help the dough to set. After this, apply some ghee on the palm and make balls of it by mashing the dough and flatten these balls by pressing them between the palms. Now roll them. Put ghee in a pan and heat it and fry the pooris one by one. In this way, pudding, puri and gram prasad are ready for offering to the mother.