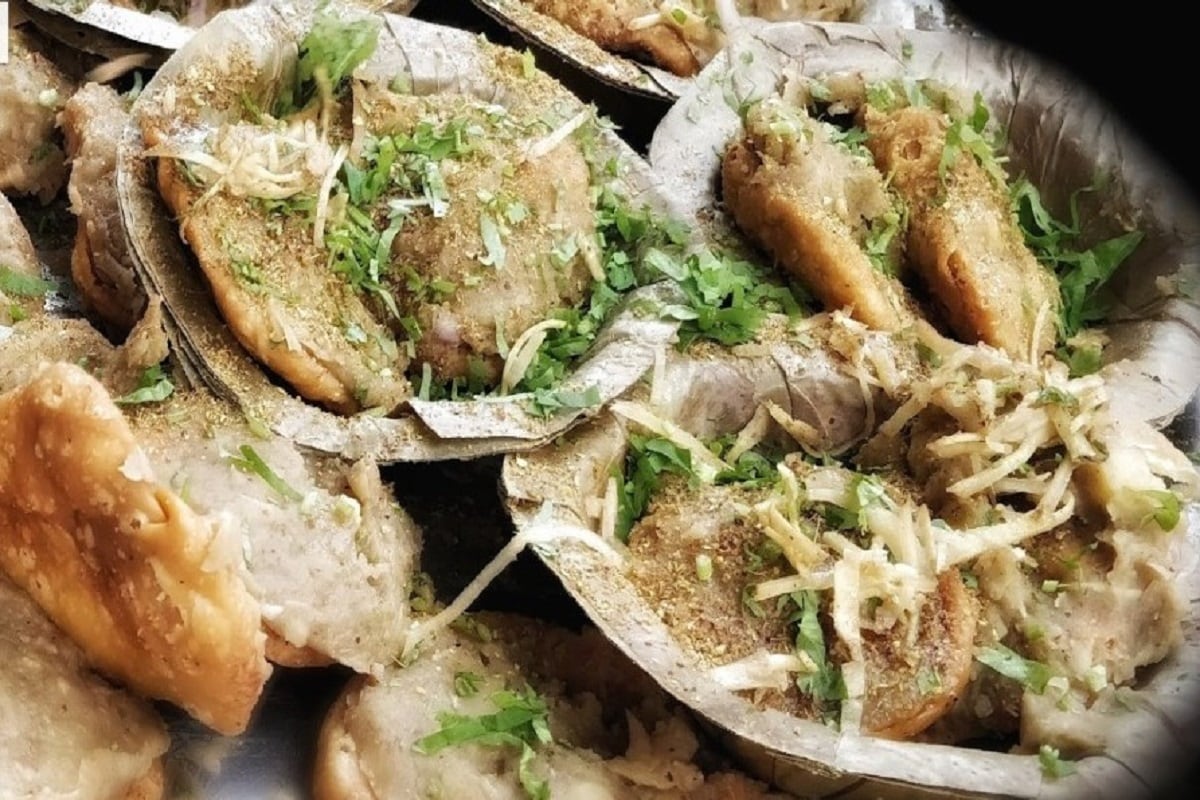 (Dr. Rameshwar Dayal)
You must have eaten a lot of kachoris in Delhi. If someone is feeding shortbread with potato curry, then a shop’s shortbread and the smell of asafetida in its vegetable will drag you down. Today we are introducing you to such a shortbread person, who applies peas (chickpeas) paste on his shortbreads. By sprinkling sweet-sour chutney on it, he pours many more. The taste that is prepared after this will give you the same happiness as ‘Bhooto na Bhavishyati’. Your heart will not be filled with such kachoris and you will feel like coming there again. This shortbread has become so famous that in its name, one or two shops have opened around it, which claim to be the real shortbread.

I am fond of food and drink and know that ‘who is real and who is fake.’ That’s why you go straight to the real Kachori person. Many former Lieutenant Governors of Delhi and their staff have been crazy about this Kachoriwala. There are some schools around, so students are fed this dish at a low cost.

More than pea paste on special kachoris
Where is the residence (Raj Niwas) of the Lieutenant Governor of Delhi. As soon as you enter that road, in the street of the Gujarati Samaj School (there is also the famous Ludlow Castle School nearby) every morning there is a fine. This dish is called ‘Fateh Chand Kachori Wala’. But it is famous in the name of Fatte ki Kachori all over Delhi. This sweet person’s style of feeding shortbread is unique. Keeping in mind the frequent people coming, he puts peas in a big pot and makes it spicy by adding special spices, lemon on it. This spicy peas is paste over the kachoris. Then first of all, magnificent green chutney is also applied on top of it. Homemade special masala is then poured over these kachoris.

The issue does not end here. Chopped onions, chopped green chilies, green coriander and ginger sticks are spread on these kachoris. In the end, sweet chutney is also sprinkled on them. The set of these two kachoris is served in simple bowls. The first thing is that when this dish is being prepared, water starts coming in the mouth already. As soon as the shortbread comes in the hand, the mouth opens to eat immediately. The sour-sweet-tart taste of these spicy kachoris will satisfy your tongue from the inside and you will feel like getting another kachori leaf made.

Civil Lines hi-fi people also come to eat
In fact, this dish is also full of taste because the kachoris are brought from home. Pulses and special spices are put in them. When peas and other spices and chutneys are placed on them, the taste will not emerge. This bowl of kachori is only 30 rupees. You will also get Kulcha roll on this cake. Peas are pasted on the kulcha and then the kulcha is rolled and served. Its also a plate is 30 rupees. The shopkeeper says that every day his family prepares spices, chickpeas, kachoris and then we take them to the kitchen. You will be surprised that when you reach this place, the hi-fi people living in the Civil Lines area come to eat this Fatta ki Kachori sitting in the car and come back with wow-wow.

Raj Niwas and staff have also been enjoying these kachoris.
We have already told you that there is also a royal residence next to it. Many former governors and their staff have also been enjoying these kachoris on special occasions. There are also schools around Raj Niwas. The shortbread man serves him his dish for less than five rupees. It has been more than 60 years since this procession took place here. It was started by Fatehchand and his sons. After that Satish Chandra and his sons took over the work. Today as the third generation Bittu and his brothers are feeding kachoris to the people. They say that people like our dish because the taste of our shortbread is very different and the spice is also family. This thia is so famous that other people use thia by the same name around it. But food lovers only come near ‘Fatta’. This thread starts at 10 am and ends at 4 pm.
Nearest Metro Station: Civil Lines

Want to eat fast food, enjoy these 5 types of Maggi varieties in breakfast