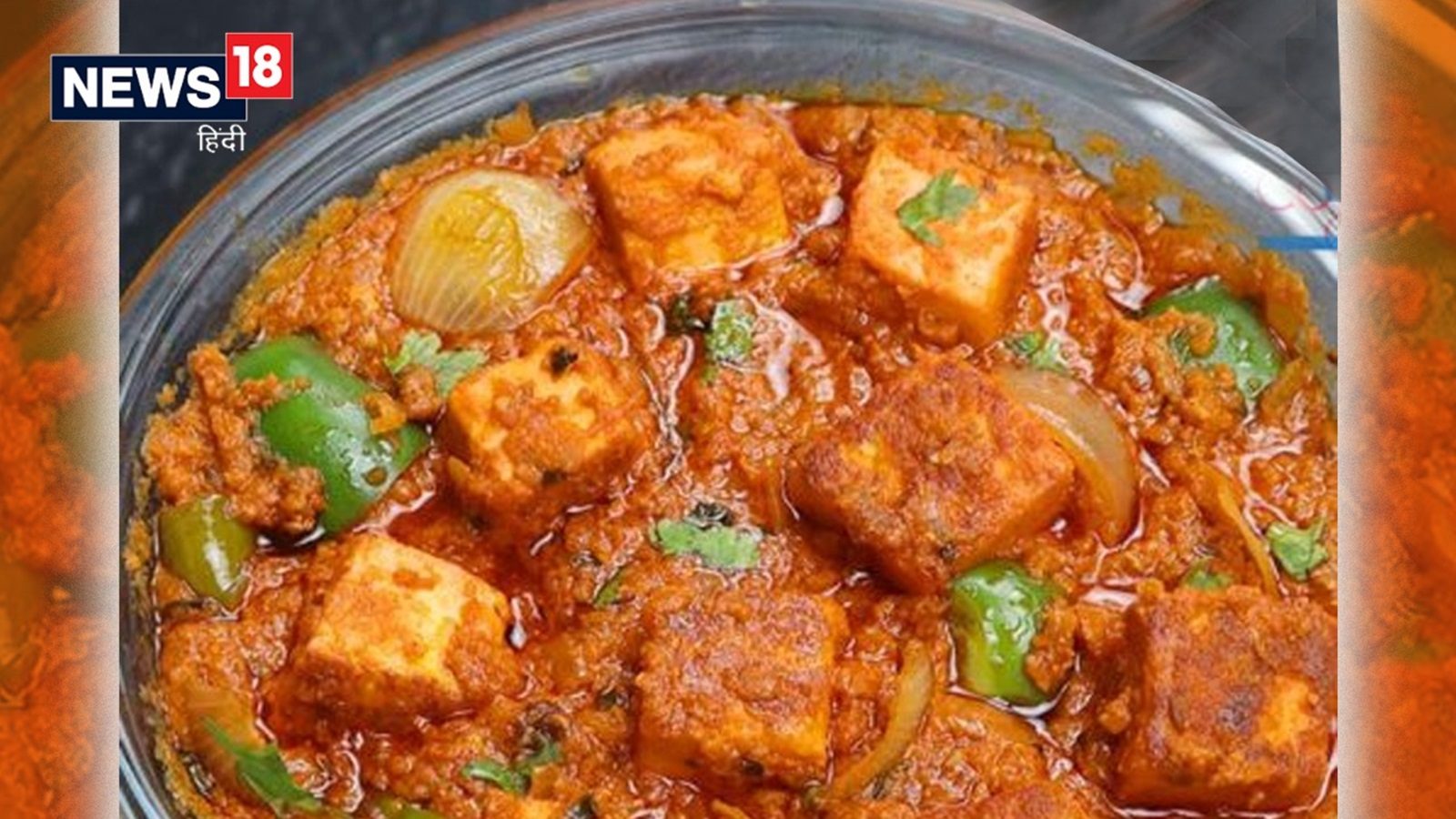 Paneer Tikka Masala Recipe: Paneer Tikka Masala (Paneer Tikka Masala) On hearing the name of the food lovers, their mouth waters. In the winter season, it gives a lot of fun to taste any dish made of paneer. Actually, the winter season is considered to be the most favorable for the digestion of the body. Eating heavy food in this season does not have any side effects on the body. In such a situation, you can enjoy heavy food at any time. If you are fond of paneer and want to cook it at home, then this paneer tikka masala dish can be a better option in this winter.
Usually we eat paneer dish only in hotels or restaurants, but you can not only make paneer tikka masala at home but it will also play an important role in enhancing the taste of food. We are going to tell you how to make this recipe. You can try it at home by following the easy method.

How to make Paneer Tikka Masala
To make Paneer Tikka Masala, first take paneer and cut it into big square pieces. Now take a vessel and put curd in it and beat it. After this, add red chili, black pepper, cumin, coriander powder, salt, lemon juice, chaat masala and ginger-garlic paste and mix it well. Now take the pieces of paneer and add them to the curd and mix it well. Now leave the paneer to marinate for about an hour. Now take a wok and heat oil in it on the gas. After this put the marinated paneer in a pan and fry it. Fry the paneer till it turns golden brown. Now take out the fried paneer in a plate.

Now put a wok on the gas and heat the oil/butter in it. When the oil becomes hot, add coriander seeds, dry red chilies, cinnamon and big cardamom and temper it. Now put cashew nuts in the pan and fry it for about a minute. After this, put onion in it and let it cook on medium flame till it turns light golden. After that add tomatoes and salt to it. When the tomatoes become soft and cooked well, then add red chili powder, turmeric and garam masala to it and let this mixture fry for at least a minute.
Now turn off the gas and let the onion-tomato mixture cool down. After this, add some water to it and grind it in a mixer to make a paste of gravy. Now once again add oil to the pan and heat it and add gravy and half a cup of water and let it cook on medium flame. When the gravy starts boiling, add kasoori methi. After this, add fried paneer tikka and cook on low flame till the gravy thickens. When the gravy becomes thick, add cream / cream and let it fry for a minute. After that turn off the gas. In this way your Paneer Tikka Masala recipe is ready. Garnish it with chopped green coriander and serve it.

Not one, there are many types of jaggery, know which one is best for you