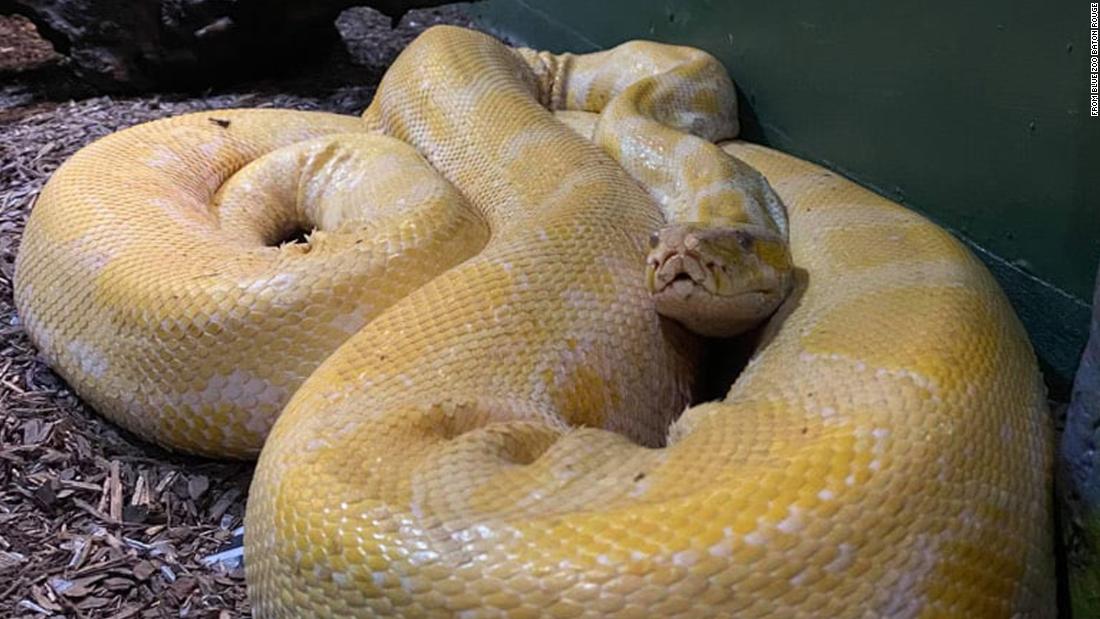 The mall, home to more than 140 stores, closed briefly Tuesday morning after Cara was discovered missing, according to CNN affiliate WAFB. But Blue Zoo staff helped shed the mall’s concerns, confident that the 12-foot-long python was hidden somewhere in the store. Only the aquarium store remains closed as of Wednesday.

Wes Haws, Blue Zoo’s CEO and founder, said teams plan to start tearing down the aquarium’s walls Wednesday night if they have still not found Cara.

“One of the big concerns is that she (Cara) slipped up there in between a wall, and can’t come back out,” Haws said. “We’re not going to treat this any differently than if it was a child missing. It’s super important to us that we keep up with the effort.”

Burmese pythons are nonvenomous snakes that kill prey like mammals, birds and reptiles by constricting them, but they have a low risk of attacking humans.

Cara is a python featured in aquarium shows for children. She escaped out of her tank through brute force, bending through a corner of it, Haws said.

Multiple snake trackers and experts have been brought in to help search for Cara after Baton Rouge Police and firefighters failed to find her after spending several hours looking on Tuesday, according to a post on the Blue Zoo Facebook page.

The aquarium has also purchased night vision cameras and motion sensor cameras, which local plumbing and HVAC companies have snaked into all possible openings and small areas, according to Blue Zoo. Heat and food sources have been placed throughout the store to draw her out and a veterinarian is on standby.

But the most constricting concern is for the snake’s safety, said Ronda Swanson, chief marketing officer for Blue Zoo.

“We have seen evidence of Cara moving within our ceiling space, which has many places for her to hide,” the Facebook post says.

Blue Zoo opened its location in the Mall of Louisiana in April 2021.