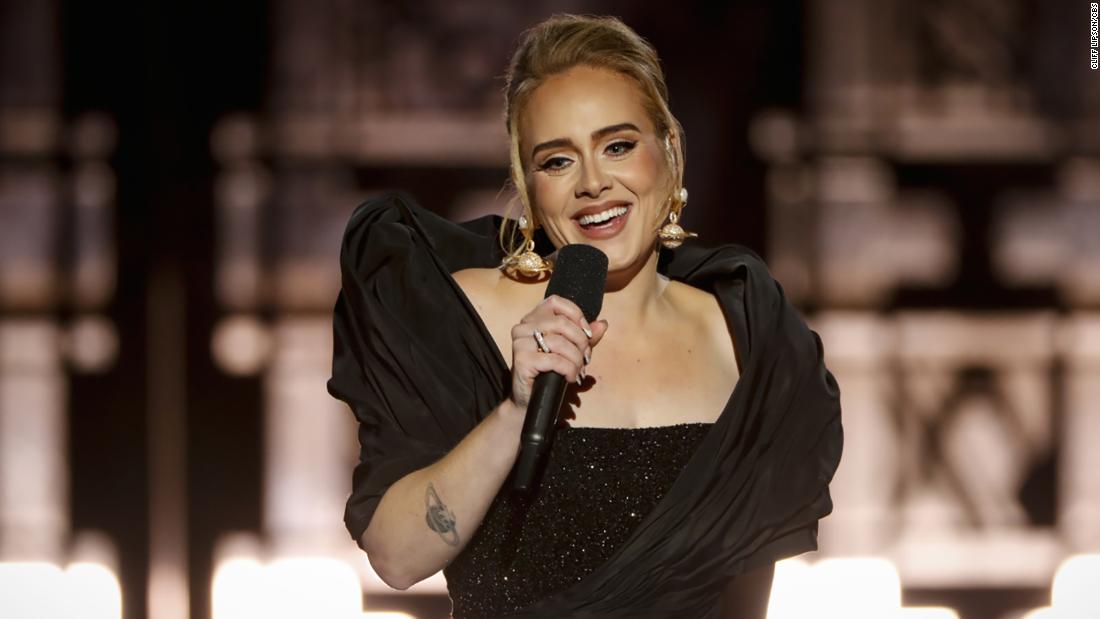 The set up was this: A man reached out to what he believed was a show — but it was actually a “fake show,” Adele said — to help him propose to his girlfriend of seven years.

They spent the day having a picnic in the area near Adele’s concert and the night would culminate with a proposal.

The plan worked — with adorable results.

“If you make a noise, I’m going to kill you,” Adele told the crowd, which included celebrities like Lizzo and Melissa McCarthy.

As the woman’s noise-cancelling headphones and blindfold were removed, she was stunned.

“Is this real,” she asked. “Who are these people?”

The man popped the question, she accepted and Adele revealed herself from the shadows before launching into “Make You Feel My Love.”

“She’s crying her eyes out,” Adele quipped at one point mid-song.

Who can blame her, of course.

The moment was a slightly ironic one, as the singer is promoting “30,” which many have dubbed the singer’s “divorce album.” But if one thing was clear during her interview with Oprah Winfrey during the two-hour program, the album can be seen as one about union — just, in her case, she’s coming together with her happiest self. And doing so required a lot of tough decisions.

She told Winfrey of her current relationship with sports agent Rich Paul: It’s the first time she’s been in a relationship where she’s “loved myself and been open to loving and being loved by someone else.”