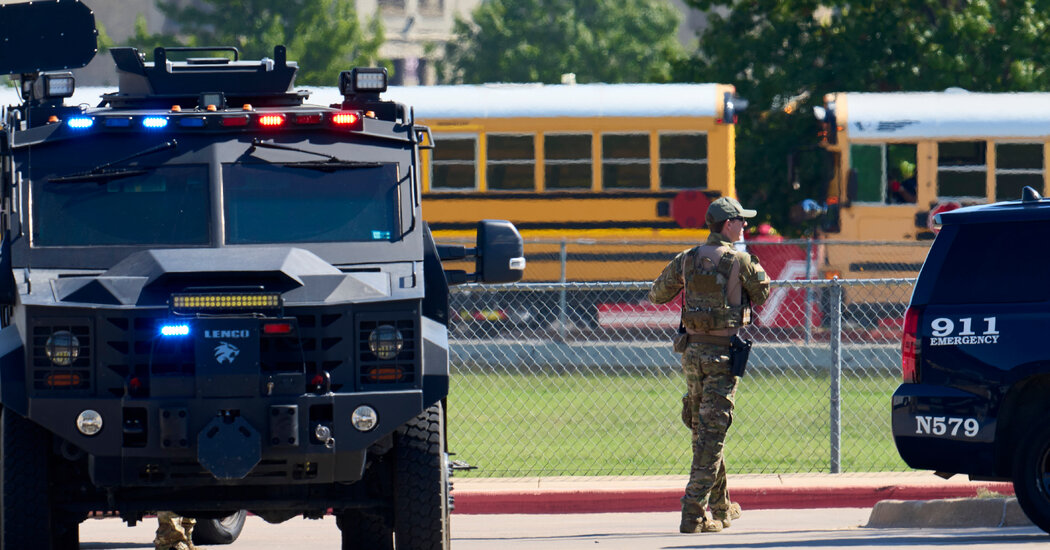 A shooting at a high school in Arlington, Texas, on Wednesday left four people injured, including three taken to a hospital, the authorities said.

Assistant Chief Kevin Kolbye of the Arlington Police Department said that the police were called to Timberview High School at about 9:15 a.m. local time after reports of a shooting on the second floor of the building after a fight.

Three of the people who were injured were taken to the hospital, he said. The fourth had light injuries and declined treatment. Three of the people were students and one was an older person, he said, adding that he believed two of the victims had gunshot wounds.

He said there were more than two or three shots fired. The police were looking for Timothy George Simpkins, an 18-year-old Timberview student, who fled the scene in a Dodge Charger, Chief Kolbye said. The chief did not have information about what type of gun was used or how it was brought into the building.

The Mansfield Independent School District said that the school was “on lockdown as the situation unfolded,” but that “the ‘all clear’ has since been given.”

“The reunification process for Timberview High School and Early College High School families has been solidified,” the district said in a statement.