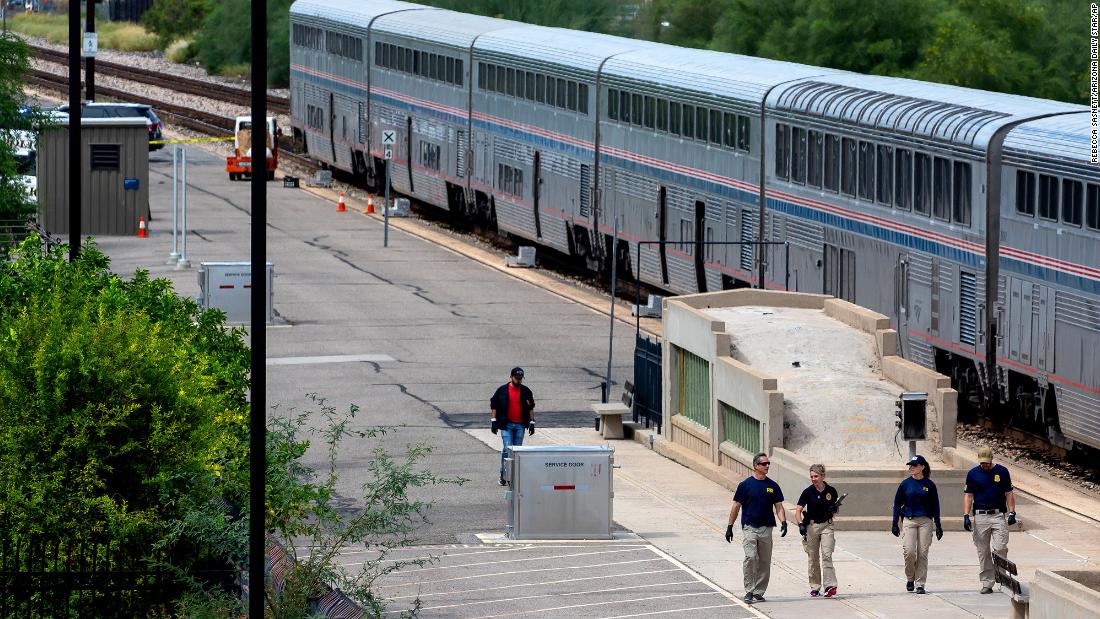 DEA Special Agent Group Supervisor Michael G. Garbo was killed in the shooting while another special agent was in critical condition, and a Tucson police officer working on the DEA task force was in stable condition, Tucson Police Chief Chris Magnus said Monday.

Mathis along with another alleged associate –who was identified in the document as D.T. — were on a list the DEA agents were given “that contained names of several individuals on an Amtrak train that was arriving in Tucson” as part of their routine investigative activities, according to the complaint.

The train, traveling from Los Angeles to New Orleans, had arrived at the station just before 8 a.m. local time Monday.

D.T. and Mathis were sitting across the aisle from each other when one of the agents saw Mathis “retrieve a blue colored backpack, a black drawstring bag, and a white plastic bag” and then move the bags a few rows away before returning to his seat, the document says.

Mathis allegedly denied the bags belonged to him when a DEA agent questioned him. The agent took the bags off the train to search them and found “what he believed to be two packages of bulk marijuana,” according to the document filed in the US District Court of Arizona on Tuesday.

Other DEA agents spoke with D.T. and “conducted a consensual K-9 sniff of several bags on the platform of the Amtrak Station” before D.T. got back on the train, the filing says.

When the agent who found marijuana in the bags associated with Mathis informed the other agents, those agents attempted to talk to D.T. again, the documents say, and that’s when the shooting occurred.

Mathis was later arrested, and D.T. was fatally shot after firing at other officers, the court filing says.

There were 137 passengers and 11 crew members on board the train, Amtrak said. All were evacuated.