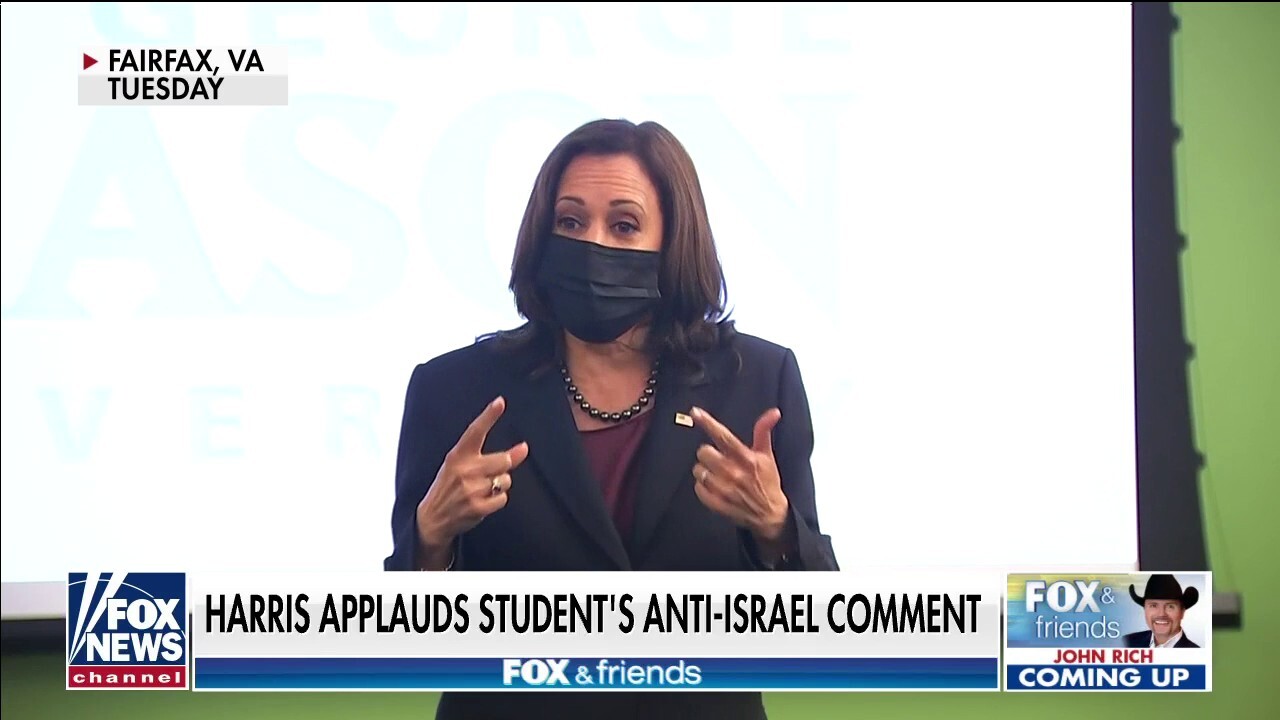 Vice President Kamala Harris came under fire for nodding along with a student as she accused Israel of “ethnic genocide” during an exchange at George Mason University in Fairfax, Virginia, Tuesday. Author Douglas Murray reacted to the interaction on “Fox & Friends” on Wednesday, slamming the vice president for her silence and suggesting she is “not a great asset” to her own party.

DOUGLAS MURRAY: I think those exchanges like this show she’s not a great asset to the party. She is terrible in exchanges like the one we’ve just seen. She’s horrible in a corner. whenever she’s asked the difficult questions she has these very strange reactions, the sort of things like the great laugh and the chortling and things at totally inappropriate times. I think it’s a demonstration that the Democrats are in trouble.

What I worry about more is that America’s allies worldwide see this sort of thing and start to worry. This administration was meant to be talking about building alliances and rebuilding alliances as if Donald Trump had trashed them all, which he hadn’t, and now we see just days after each other, we see what happened with America’s allies in Afghanistan. We see last week Democrats, members of Harris’ own party, voting to defund Israel’s Iron Dome, that is to defund a defensive weapons system. Now we see the vice president just nodding along as a very, very ignorant American student libels an ally. People I speak to around the world, including in recent days in Israel, are concerned about this. They’re concerned when they see people, this senior, trashing and allowing the trashing of American allies.

Covid Live Updates: Pfizer Says Its Vaccine Is Highly Effective in 5- to 11-Year-Olds

This might just look like grass, but it has the power to absorb a load of our carbon emissions