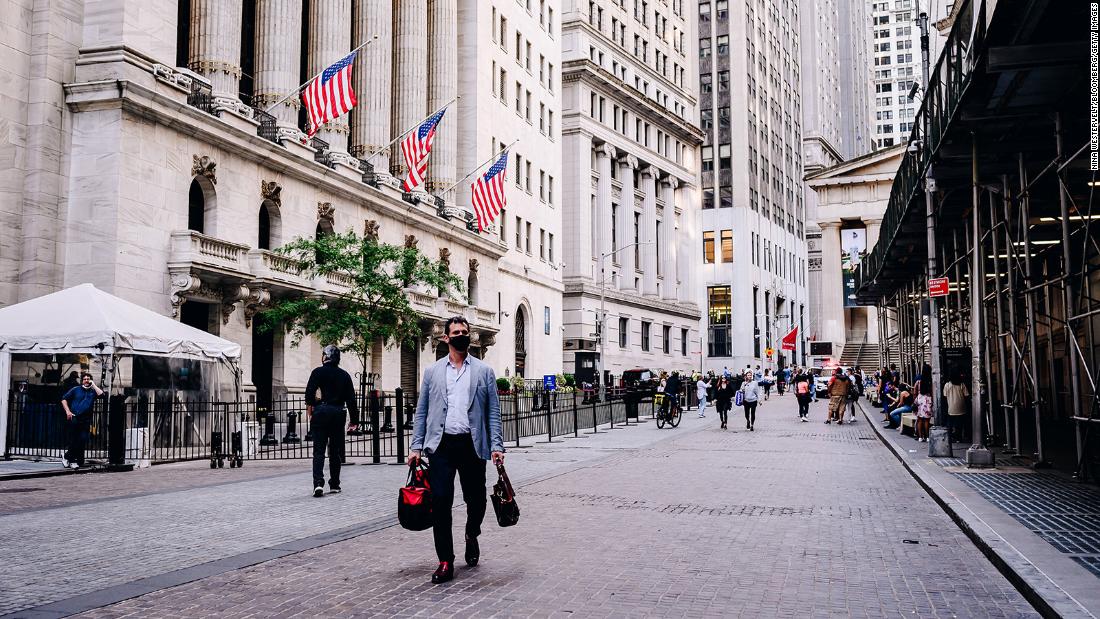 The Dow (UNDUE) opened 380 points, or 1.1%, lower. The S&P 500 (SPX) dropped 1.3% and the Nasdaq Composite (COMP) plummeted 1.6%.
Several factors contributed to Wall Street’s sharp reversal from its record highs set Wednesday.
The Delta variant: The spread of the coronavirus’ Delta variant continued to threaten the global economic recovery. More than 4 million people around the world have died of Covid-19, according to Johns Hopkins University. But the Delta variant is about twice as infectious as the 2020 version — a kind of “Covid-19 on steroids,” Andy Slavitt, a former senior adviser to Joe Biden’s Covid Response Team, told CNN on Wednesday.
Covid-19 cases have risen at least 10% in 24 US states over the past week. Japan declared a state of emergency that will last through August 22 — a period that includes all of the Olympic games. China’s National Health Commission earlier this week reported the highest daily tally of infections since January 30. And a group of more than 4,000 scientists and health professionals signed a letter this week condemning the British government’s plans to drop most pandemic control measures on Monday as the Delta variant spreads.

Wall Street feared that the spread of the Delta variant could undo much of the progress gained over the past year.

China: China continues to crack down down on tech companies that list their shares in the United States, contributing to uncertainty for investors in those companies. Publicly traded Chinese companies were down another 6% in premarket trading, according to Art Hogan, chief strategist at National Securities Corporation.

China also pledged more economic stimulus Thursday in a surprise move that concerned some investors about the fragility of the economic rebound.

Bond market wonkiness: Investors continued to pour money into the safety of US government bonds, sending yields to a five-month low.

At 1.25%, the 10-year Treasury yield hasn’t been this low since February. That’s down significantly from its 52-week high of 1.77% set in March, as inflation fears were running rampant. Inflation concerns have eased since then, but the sharp decline in bond yields is also a signal of fear in the market that could portend slower economic growth, Hogan said.

Perhaps confirming some of those fears, ISM reported weaker-than-expected US manufacturing activity earlier this week. And the job market offered a bit of bad news Thursday morning, as unemployment claims rose a bit last week from the previous week.

Summer sleepiness: Stocks have been boring throughout much of 2021, rising steadily — but not sharply — seemingly every session this year.

With volume low as investors hit the beaches, don’t discount some news making an outsized impact on the market, Hogan noted.