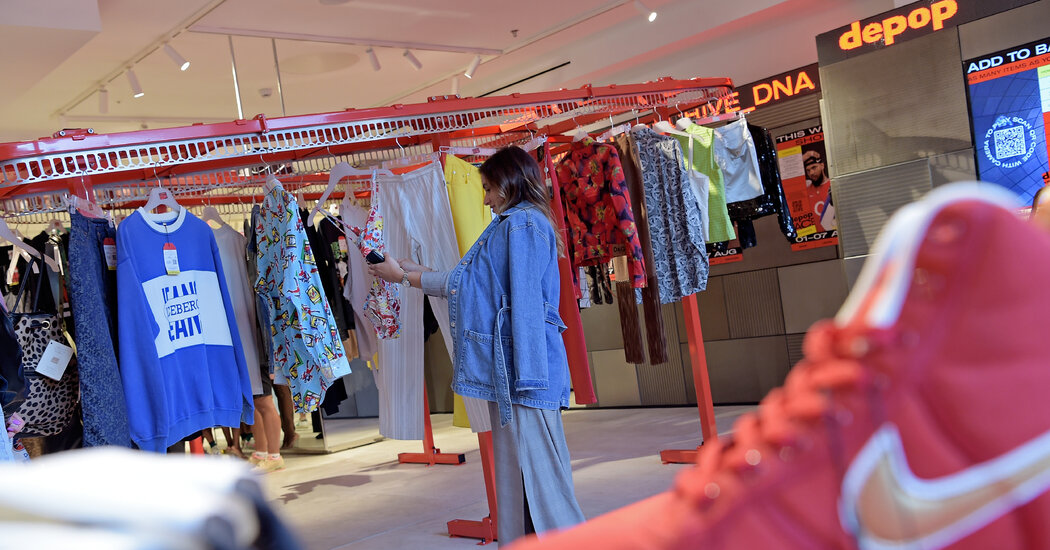 Depop, the fashion resale marketplace beloved by Generation Z, will be acquired by Etsy for $1.6 billion, the two companies announced on Wednesday.

The cash deal, which is expected to close by the third quarter of this year, underscores the growing influence of clothing resale platforms. More shoppers are turning to the secondhand market for something cheaper and — potentially — greener as the overproduction of clothing increasingly adds to landfills.

The trend appears to have been accelerated by the pandemic as more shoppers looked to declutter wardrobes, earn cash by selling their old clothes or set up fashion customization businesses from their bedrooms.

Investor appetite is also on the rise. Last month, Europe’s largest secondhand fashion marketplace, Vinted, raised 250 million euros in a funding round that valued the start-up at €3.5 billion ($4.26 billion), while in the United States companies such as ThredUp and Poshmark have gone public this year.

Depop, which was founded in 2011, has been particularly successful in building a marketplace for younger consumers, who are adopting secondhand fashion faster than any other group. Ninety percent of its users are under 26, with 30 million users across 150 countries. The platform is particularly known for its vintage clothes and streetwear — and for creating a new cohort of online influencers famous for selling their wares.

“We are simply thrilled to be adding Depop — what we believe to be the resale home for Gen Z consumers — to the Etsy family,” said the Etsy chief executive, Josh Silverman.

He said he believed the platform had “significant potential to further scale” and said that he saw “significant opportunities for shared expertise and growth synergies” for Etsy’s apparel sector, which was valued at $1 billion last year.

According to the Boston Consulting Group, the global market for pre-owned apparel is worth up to $40 billion a year — about 2 percent of the total apparel market. It is expected to grow 15 to 20 percent annually for the next five years.

The transaction is expected to close in the third quarter of 2021, subject to antitrust reviews in Britain and the United States.