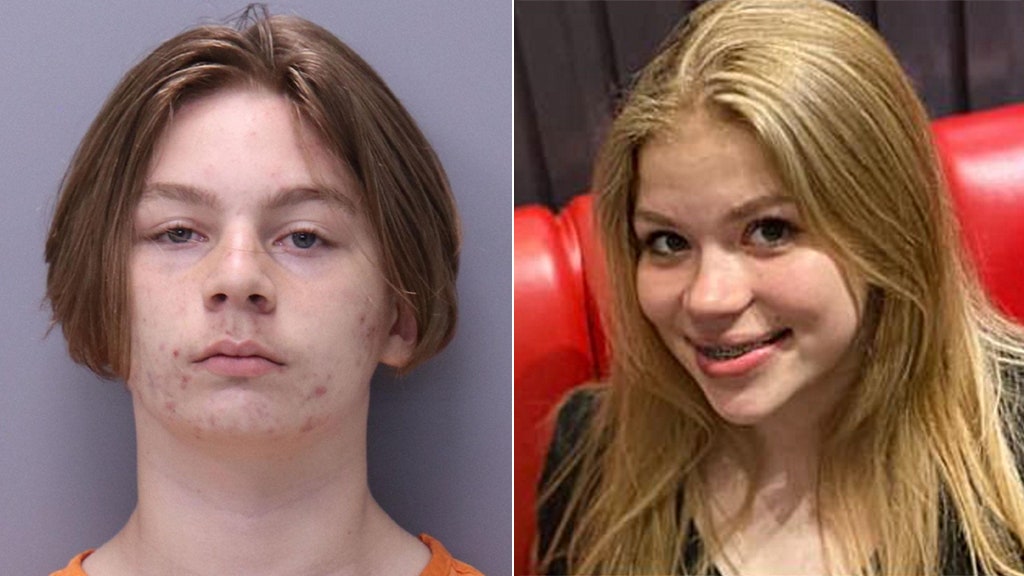 A Florida judge ordered the teenage boy charged in the brutal stabbing death of a 13-year-old girl held without bond Friday.

Aiden Fucci, 14, appeared before a judge via a virtual court hearing on his first-degree murder charge in the death of Tristyn Bailey. Fucci’s public defender didn’t object to the judge’s ruling but said a motion for bond could be filed at a later date, WKMG-TV reported.

After the hearing, the teen was transferred to the Duval County jail.

Aiden Fucci, 14, is charged with the murder of a 13-year-old Florida girl. A judge ordered him held without bail Friday.
(St. Johns County Sheriff’s Office)

Bailey’s body was found May 9 in a wooded area in a community 20 miles south of Jacksonville, hours after she was reported missing.

She was stabbed 114 times, State Attorney R.J. Larizza told reporters Thursday. The tip of the folding buck knife allegedly used by the suspect was found in her scalp, he said.

“There were defensive wounds on this young lady and she was fighting for her life,” he said.

Fucci will be tried as an adult. He was originally charged with second-degree murder but before the charge was upgraded to first-degree pre-meditated murder.

Larizza said Fucci had told “several” people prior to Bailey’s murder that he “intended to kill someone.” It wasn’t clear if Bailey was the intended target from the beginning.

Both attended the Patriot Oaks Academy, where Bailey was a cheerleader.

Fucci doesn’t have a criminal history. He faces up to life in prison but would be eligible for a review at 25 years old because of his age, Larizza said.