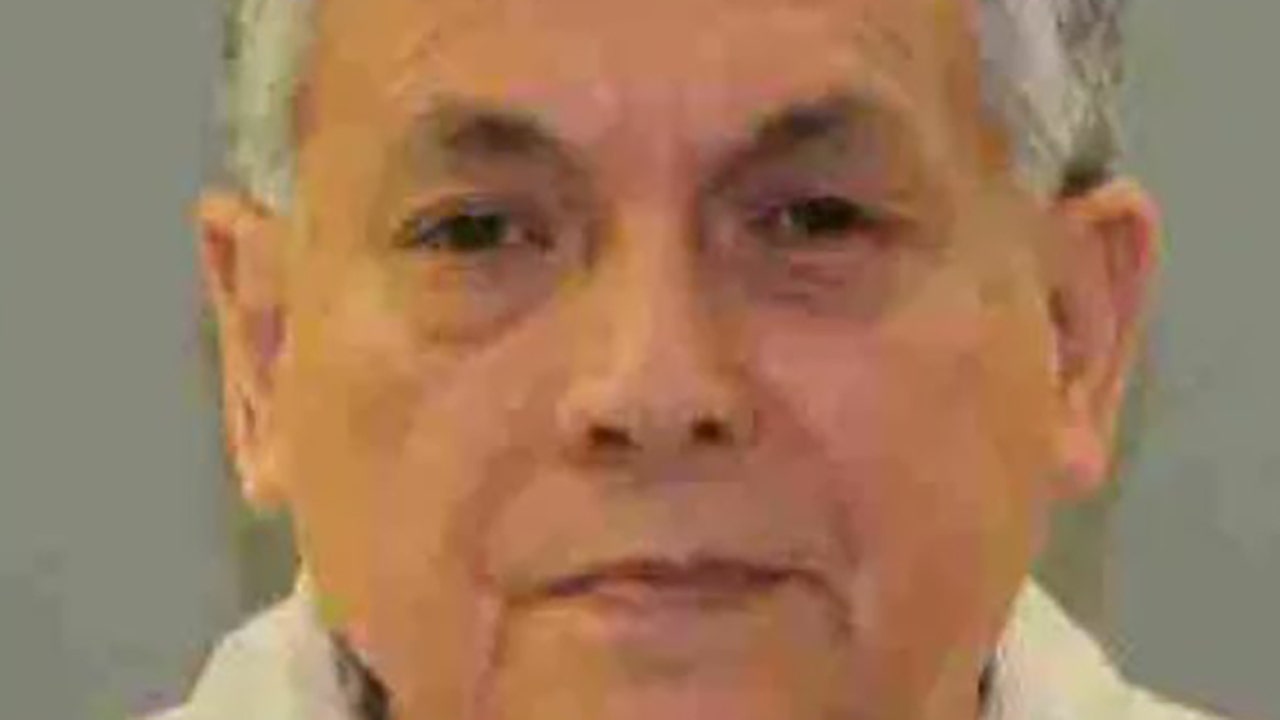 A Maryland judge on Wednesday ruled a former pediatrician indicted for 98 alleged sex crimes incompetent to stand trial, according to reports.

Two psychiatrists testified about Ernesto Cesar Torres’ alleged delusions that include the belief that something he called an “evil black witch” came out of a painting in his home and took over his life, according to FOX 5 in Washington, D.C.

Torres, 70, is charged with the alleged abuse of 19 minors between 2001 and 2019 and was previously convicted of sexually assaulting a lifelong patient and sentenced to a year in jail, FOX 5 reported.

He also faces 61 charges of sex abuse in a separate case that goes back to the 1980s, according to the Frederick News-Post.

Maryland Circuit Court Judge Julie Stevenson Solt ordered Torres to be held at a hospital until his next competency hearing in 90 days, according to the News-Post.

JANICE DICKINSON’S MESSAGE TO BILL COSBY FOLLOWING HIS RELEASE FROM PRISON: ‘YOU KNOW WHAT YOU DID’

Dr. Danielle Robinson with the Maryland Department of Health said in the competency hearing on June 23 she believes Torres is competent to stand trial despite his belief in the witch.

But a psychiatrist called by the defense, Dr. Christiane Tellefsen, testified that Torres has a delusion disorder, which affects his ability to understand a trial.

He had previously been found incompetent in April 2020, FOX 5 reported.

“Hospitalization has clearly not altered Defendant’s perception of the influence of the [witch] on his life, his pending criminal cases, and the people involved in these cases,” Solt wrote in her decision, according to the News-Post. “Both of the witnesses are experts in the field whose credentials are equally impressive. The Court concludes that each opinion is equally possible. Therefore, this Court cannot conclude, today, beyond a reasonable doubt, that Defendant is presently competent to stand trial.”

State’s Attorney Charlie Smith called the decision “frustrating” because “these countless victims won’t be able to confront the Defendant and have their day in court. It often provides some closure and assists in the healing process. With this ruling, that avenue is closed. We still feel strongly that [Torres] is competent and fully understands the abuse that he inflicted.”

Torres was a Frederick pediatrician for 40 years, according to WUSA-TV in Washington, D.C.