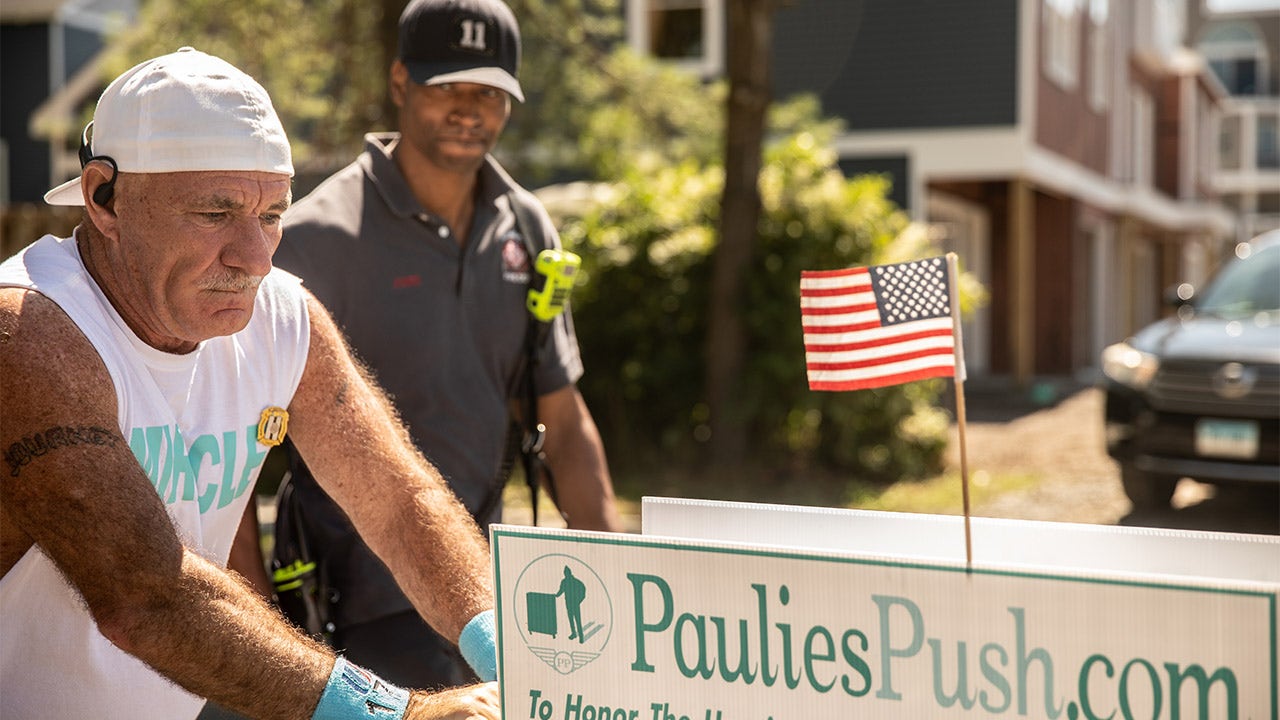 At every turn, across every state during his more than 200-mile journey, Veneto said he could see and hear people cheering him on.

“People with signs, and flags and yelling my name. I never expected any of that,” Veneto told Fox News. “But when it started to happen … and of course, that’s a nice feeling of motivation.”

His initial intention was to make sure the world honored and remembered the men and women of Flight 175. They were his colleagues, Veneto told Fox News.

“I knew all those crew members on 175 … those guys were the first, first responders that morning and they had no choice but to stand up against some guys on that plane … to protect those passengers,” Veneto said.

This journey was for them. It was also a way for Veneto to remind the victims’ families their loved ones were not forgotten.

“I am doing this because I want these crew members’ families to know how courageous they were that day,” Paulie’s Push website reads. “I want the public to understand that, under those conditions that morning, what those crew members did, nobody could have trained for. ”

However, Veneto quickly discovered that he was impacting the lives of countless others who followed him on his journey.

During his time on the road, Veneto said, people would walk alongside him and share personal stories about their lives, particularly the struggles they faced.

“They just needed to tell me things and walk with me,” he said.

IN UK, STAR-SPANGLED BANNER PLAYED AT WINDSOR CASTLE TO MARK 20 YEARS SINCE 9/11

He had a GPS on the beverage cart so people could track exactly what street he was on from Boston all the way to lower Manhattan.

At one point, Veneto recalled a woman driving to his exact location in the rain so she could tell him the story of how her daughter donated a kidney to her.

“She walked for three miles … and just told me the whole story,” he recalled.

No one, including Veneto’s friends who followed alongside him in a Jeep and RV, expected this to happen, Veneto said.

“People would follow me from Massachusetts to Connecticut to meet up somewhere, all the way to New York. It was crazy,” he added.

Flight attendants that Veneto once worked with and many of his family members joined him for the final mile in Manhattan.

It wasn’t an easy task but for Veneto, but it was something he felt “obligated to do.”

“I mean, that’s my job as a fellow crew member … I need to recognize these guys for what they did,” Veneto said.