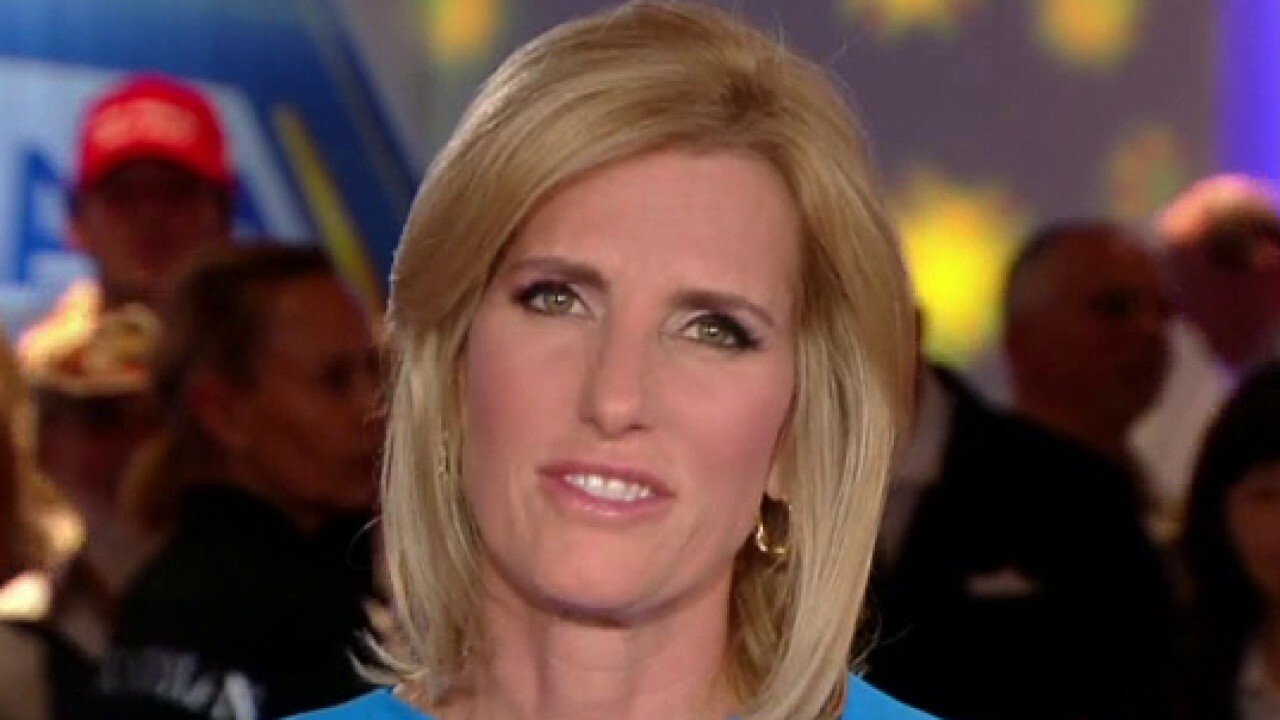 In her “Ingraham Angle” commentary on Wednesday, host Laura Ingraham urged moderate Democrat Sens. Joe Manchin and Kyrsten Sinema to take their cues from others in their party and “come over to the Republican ship.”

The Fox News host, who delivered her monologue live from the Fox Nation Patriot Awards in Florida, pointed to the Texas lawmaker who made headlines earlier this week for switching his affiliation from Democrat to Republican over the party’s left-leaning embrace of defunding the police policies and “chaos” on the southern border.

“We knew it would happen sooner or later,” Ingraham said. “With the economy deteriorating, Biden’s approval rating plummeting, the few sane people left in the Democrat Party would be looking for the exits.”

“The Ingraham Angle” host said Democrats have been dishonest with the American people about the impact of the sweeping social spending bill signed into law this week, adding that “the longer inflation hangs around, the poorer Americans are going to get –  all of which worsens Democrats chances of holding onto power in 2022 and then 2024.”

“At least nine House Democrats have officially announced they are not seeking reelection next year, and another one bit the dust today,” Ingraham added. “A nine-term Democrat from North Carolina would soon announce his retirement from Congress. If true – do the math with me. That’s ten Democrats sinking – they are jumping off the sinking ship.”

Ingraham said that Biden’s low approval ratings should be enough incentive for Manchin and Sinema to “ditch the party altogether.”

Addressing the moderate lawmakers directly, Ingraham said pointedly, “Let me be really clear. It’s time for both of you to just ignore the lifeboat, jump ship, and come over to the Republican ship.”

“Consider that in both Arizona and West Virginia, Biden’s approval rating is below 35%…,” she emphasized, “so if neither of you have the guts to actually say no to this insane spending bill, I think your voters are going to throw you overboard anyway.”