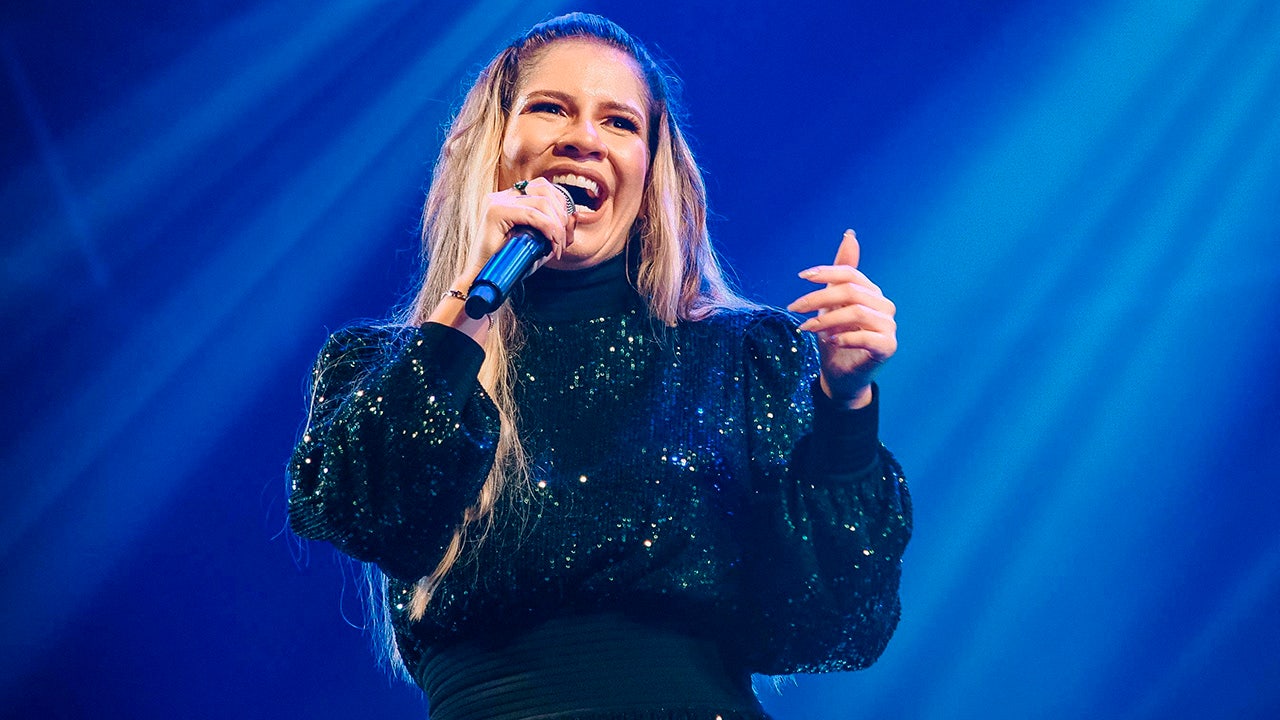 Marília Mendonça, a popular and successful Brazilian singer, has died at the age of 26 in a plane crash north of Rio de Janeiro.

Four others died in the crash.

The star’s death was confirmed by a statement from her press office that said the plane crashed between Mendonça’s hometown of Goiania and Caratinga, a small city in Minas Gerais state located north of Rio de Janeiro.

The singer was on her way to a concert on Friday when the plane crashed.

Singer Marília Mendonça performs in Sao Jose dos Campos, Brazil, Saturday, Sept. 25, 2021. One of Brazil’s most popular singers and a Latin Grammy winner, Mendonca died on Friday, Nov. 5, 2021, in an airplane crash on her way to a concert. Mendonça was 26 and performed country music in Brazil called sertanejo.
(Will Dias/Future Press via AP)

Minas Gerais state’s civil police also confirmed Mendonça’s death without providing details about the cause of the accident, which occurred shortly before arrival.

“With immense regret, we confirm the death of the singer Marília Mendonça, her producer Henrique, her uncle and advisor Abicieli Silvera Dias Filho, the pilot and co-pilot of the plane, whose names we will preserve at this time,” according to statement shared on Instagram, per Google Translate.

The statement said there is little known beyond the plane’s takeoff location and destination.

Photographs and videos show the plane wreckage below a waterfall.

Before her death, Mendonça took to social media to share a video that featured her enjoying a meal aboard an airplane.

“This is the reality my people! hahahah,” she captioned the post in Portuguese, per Google translate. She then asked for recommendations of foods to try while in the state.

LINDA CARLSON, ‘NEWHART’ AND ‘MURDER ONE’ ACTRESS, DEAD AT 76

The rising star performed country music, in Brazil called sertanejo. She was known for tackling feminist issues in her songs, such as denouncing men who control their partners and calling for female empowerment.

Fans, politicians, athletes and more expressed their grief online after the news broke.

“I refuse to believe, I just refuse,” Brazil soccer star Neymar, who is a friend of Mendonça’s, said on Twitter after the news broke. Brazil’s government also offered its condolences.

Her album “Em Todos os Cantos”  won her the 2019 Latin Grammy for best sertanejo album. She was nominated for the same award this year for her album “Patroas”.

Mendonça leaves behind a son, who will turn 2 next month.

The Associated Press contributed to this report