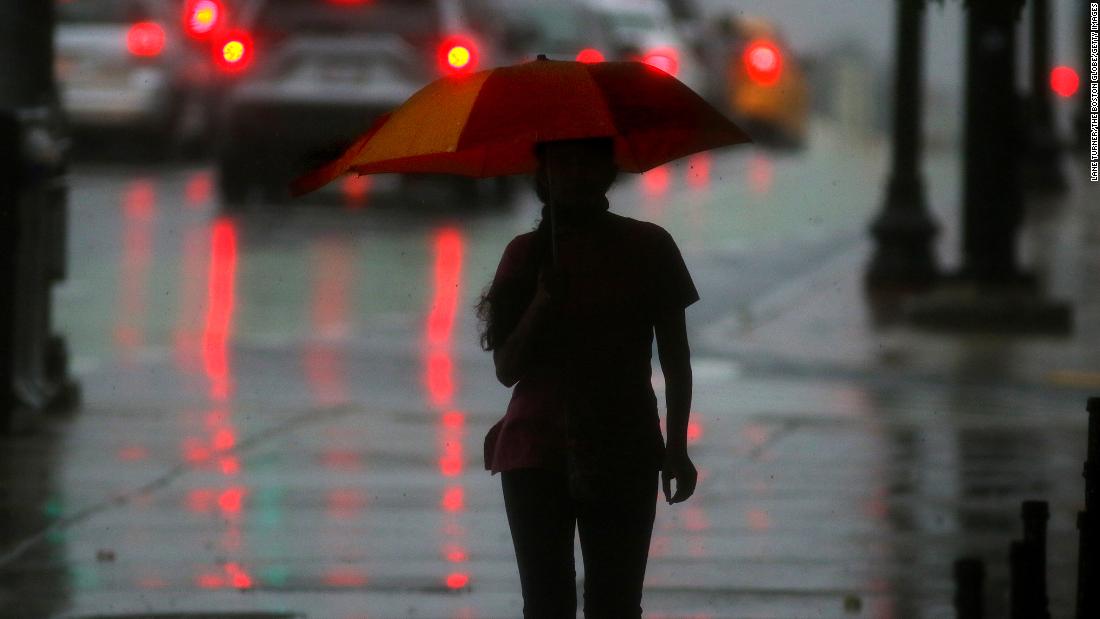 The last time a hurricane made landfall in New England was Hurricane Bob in 1991.

Henri remained a tropical storm early Saturday with sustained 70 mph winds, the National Hurricane Center said in an update. The storm is expected to become a hurricane Saturday, and it could be at or near hurricane strength when it hits areas of the Northeast, including New England, on Sunday, according to the NHC.

The system’s impact is likely to be felt across a broad area, from New York City and Long Island to parts of New England.

Long Island has not seen a hurricane make landfall since Gloria in 1985.

As Henri makes landfall, a storm surge between 3 and 5 feet is forecast on Sunday from Chatham, Massachusetts, to Mastic Beach, New York — including Long Island Sound.

“For those that have already traveled to the Cape or Islands for the weekend, they are advised to consider leaving on Saturday or extend their travel plans through early next week” the governor’s office said in news release.

Baker on Friday activated the Massachusetts National Guard in preparation for rescues, debris clearing and other support.

Henri was expected to become a hurricane by Saturday and make a rare landfall on New York’s Long Island or southern New England by Sunday, the NHC said earlier Friday.

Heavy rainfall will be a threat during the day Sunday and into the beginning of next week. Henri is forecast to produce rain of 3 to 6 inches over Long Island and New England, with isolated maximum totals near 10 inches. That could lead to flash, urban and small stream flooding, along with the potential for widespread minor and isolated moderate river flooding in those areas.

Henri will also cause swells that could cause life-threatening surf and rip currents.

New York City Emergency Management issued a travel advisory for the city until further notice. All beaches in the city will close Sunday and Monday, according to city officials. Swimming and wading will not be permitted during those days.

Rhode Island Gov. Dan McKee urged residents to prepare for the storm and announced he has signed an emergency declaration to unlock federal resources to support storm response.

The governor urged residents to use caution along shoreline areas due to anticipated rip currents and high surf.

“Rhode Island has often experienced needless tragedy during storms when wave watchers and anglers who have climbed onto rocks near the shore get hit by waves and quickly swept out to deep water and drowned,” he said.

State beaches and parks will be open Saturday, according to the governor, but closed Sunday and likely Monday, depending on storm damage and required clean up.