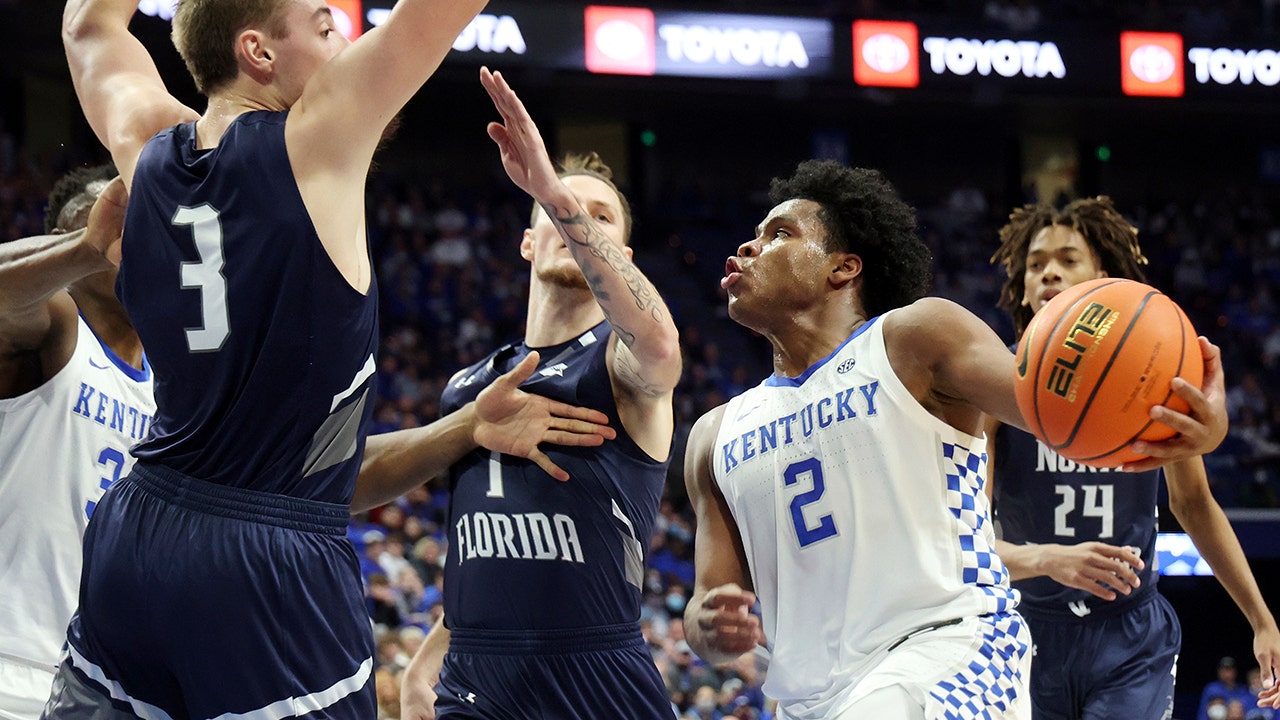 No. 10 Kentucky wasn’t at its best Friday night, but did the little things to wear down North Florida for an 86-52 victory — it’s fifth straight.

Kentucky made just six shots from long range, doing most of its scoring in transition with 28 points. The Wildcats forced 21 turnovers and scored 20 points off those miscues.

That’s the type of effort Kentucky coach John Calipari wanted to see from his squad, which has had to mix and match while dealing with injuries and illnesses since the season began.

“We’re still a work in progress but this is what I liked, we fought and we defended,” Calipari said. “That’s what we did. We scrambled, we played, we came up with balls and we flew.”

Five Wildcats finished in double figures, led by TyTy Washington’s 14 points. Oscar Tshiebwe had 12 points and 16 rebounds for Kentucky (5-1), while Damion Collins made his first career start and scored 12 points and Sahvir Wheeler had 12 points and 14 assists. Dontaie Allen added 14 points off the bench, all but two coming in the second half.

Kentucky struggled early and trailed by five early in the first half, but scored 23 of the last 30 points of the first half and led 37-23 at the break.

The Wildcats were without veterans Davion Mintz and Keion Brooks, who sat out with undisclosed illnesses. Mintz has missed the past two games, while Brooks, the team’s second leading scorer (14.5 points per game), had scored in double figures in the previous four games.

Jacob Toppin (shoulder), who had missed the past four games, returned to the lineup and finished with three points. Lance Ware (ankle) had missed the three previous games, also returned and scored four points.

Calipari liked the way his squad is responding to needing to rotate the cast of characters on the court.

“One guy’s misery is another guy’s opportunity,” Calipari said.

“It was definitely a dream come true,” he said. “It’s a really cool place and the fans here are awesome and there are no better fans in the country than Big Blue Nation … Getting in front of Rupp Arena for the first time was really cool.”

North Florida: The Ospreys played their first five games — all losses — on the road and will eventually play nine of their first 11 games on the road. Three games are against Southeastern Conference teams: Texas A&M (64-46 loss on Nov. 10), Kentucky and at Florida on Dec. 8. North Florida also has lost to No. 2 UCLA, Texas Tech and Arizona State.

Kentucky: The Wildcats could climb in the Top 25 poll Monday following No. 4 Kansas’ 74-73 loss to unranked Dayton on Friday. … Kentucky improved to 11-0 against teams in the Atlantic Sun Conference on Friday.