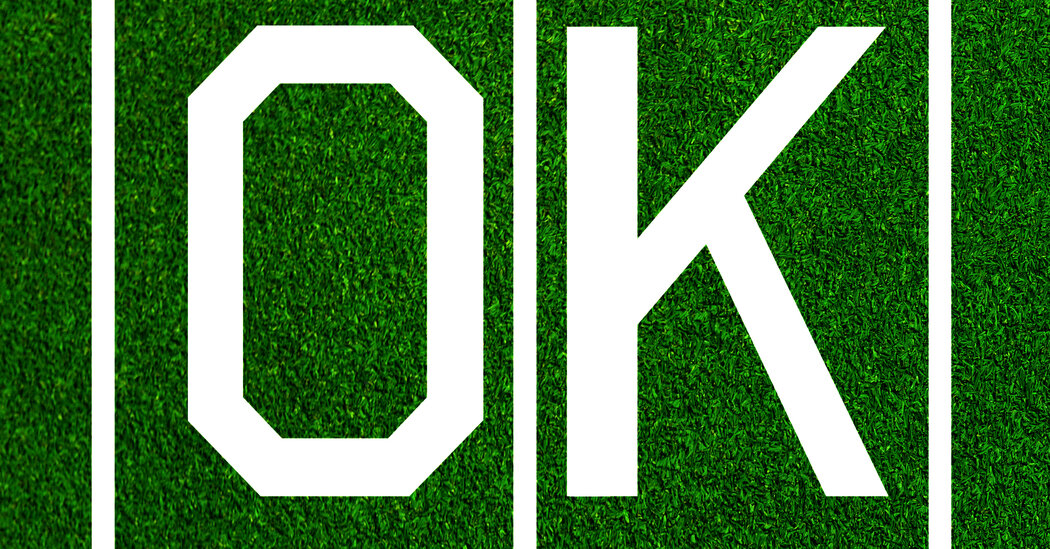 Scoff all you want at sensitivity trainings and admonitions to consider whether you’d want to see something published in The New York Times before pressing send. But it’s when those standards fail that the court of public opinion looms.

Gruden is out. But the N.F.L. can still work to save itself.

Curbing OK Culture isn’t some sort of “Kumbaya” altruism. It is a strategy for survival. A 2018 analysis of internal whistle-blower hotline reports at public U.S. companies showed that encouraging employees to speak up, and listening to them when they do, is crucial to curbing bad behavior and toxic culture, reported Harvard Business Review. When employees recognize behaviors minor and major as not OK — and report them — companies face fewer lawsuits and pay out less in settlements. (But research has found that the taboos around telling on your colleagues are strong; only an estimated 1.4 percent of employees do it.)

Instead of listening to whistle-blowers, organizations are often tempted to listen to the siren song of their own success, in some cases enabling real harm. The examples ricochet through recent sports history. In American gymnastics, the doctor Larry Nassar was able to sexually abuse more than 150 of the country’s most talented young female athletes over decades. At Nike, the track coach Alberto Salazar enjoyed godlike status and the support and funding of the apparel company, even after he was accused of abusing athletes and suspended for doping-related misconduct. The National Women’s Soccer League is facing allegations that coaches sexually and emotionally abused or harassed female players for years, after executives did not take reports of abuses seriously enough.

There are plenty of cautionary tales from outside sports, too: Officials at several hospitals have been accused of glossing over reports that a popular doctor, Ricardo Cruciani, had sexually abused patients. Then there’s the Catholic Church, the Boy Scouts, Enron, Theranos, Hollywood. At some point in these slow-motion disasters, people pushed the boundaries of what’s ethical, decent or legal — and learned their behavior was OK. They rose. It got worse.

I suspect that many of those still mad about Gruden’s firing are worked up not just on his behalf. They’re horrified by his punishment because they fear it themselves. They may be able to recall or imagine themselves thinking, and saying, similar things in private conversation. So they shrug off Gruden’s offense with the well-worn excuse of locker room banter and cry “cancel culture.”

But that helps nothing. It’s time to stop litigating whether these punishments are fair and to start thinking more deeply about why the behavior they punish seemed OK in the first place. And if others who act like Gruden are scared, perhaps they should be. More important, they should change.