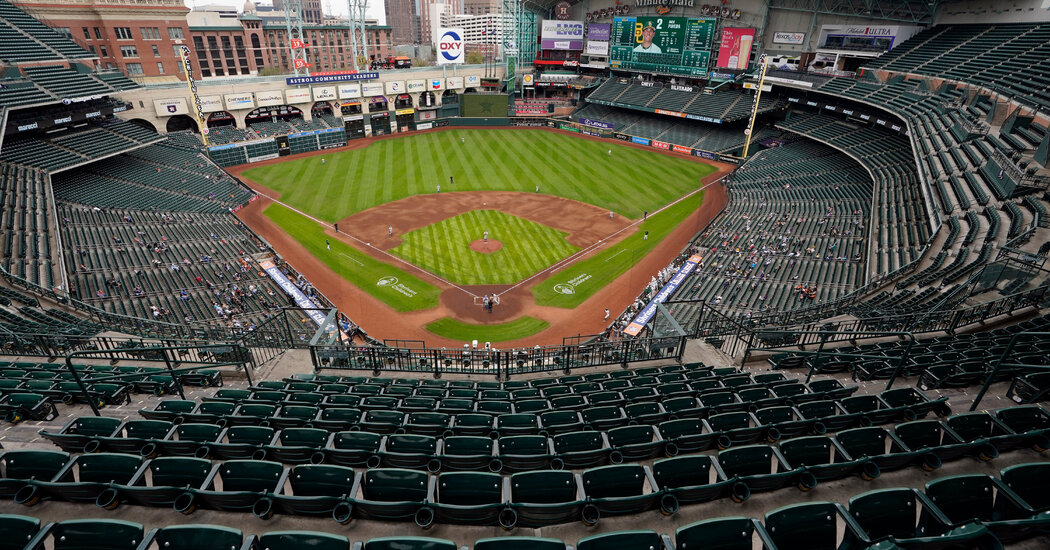 On the 99th day of a contentious lockout, Major League Baseball and the players’ union reached a tentative labor agreement for the 2022 season on Thursday. Once in doubt, a full 162-game regular season would be played.

Originally scheduled for March 31, the season’s start will be moved to April 7.

After an exhausting three days of negotiations, the sides agreed in principle on a five-year collective bargaining agreement, ending the second-longest work stoppage in league history.

The deal is pending official approval in the coming days, which is a formality as the baseball calendar surges into motion. Spring training, which is normally six weeks and was originally scheduled to begin in mid-February, will open this weekend.

Since Dec. 2, when M.L.B. Commissioner Rob Manfred enacted the lockout, team officials have not been allowed to communicate with players and the players have been barred from team facilities.

Now begins a mad dash to the regular season. Despite a flurry of activity before the lockout, there are more than 200 unsigned free agents, including stars like first baseman Freddie Freeman and shortstop Carlos Correa. Players all over the country, and the world, now need to get to spring training camps in Arizona and Florida. The salary arbitration process and trades between clubs will also resume.

The agreement ends the first labor disruption in baseball in 26 years. The sides began discussing a new labor deal last spring, trading proposals through the summer and fall. After Atlanta beat Houston to win the 2021 World Series, a new pact became the foremost concern in the sport.

Face-to-face talks in Texas in late November failed to produce a deal. So did meetings in New York throughout the winter. There were lulls, too, with M.L.B. going 43 days between instituting the lockout and making another economic proposal in January.

Nine straight days of negotiations in Florida, beginning Feb. 21, resulted in only modest progress, even with the scheduled season fast approaching. When a deal wasn’t struck by M.L.B.’s self-imposed deadline of March 1, Manfred called off the first two series of the season for all 30 teams — nearly 90 games through April 6 — and said players would not be paid for unplayed games.

Early last month, Manfred said losing regular-season games would be “disastrous” for the industry. The union disagreed with M.L.B.’s stance on games, however, arguing that they did not need to be canceled. The union vowed to negotiate games back onto the schedule or receive compensation for them.

A week after Manfred called off the games, M.L.B. tried again to facilitate a deal with a new self-imposed deadline. It altered its stance and offered the players the chance to still play a full 162-game season (and thus, receive full pay and service time), if the players reached a deal by Tuesday, with a corresponding threat of more games being canceled.

Sensing the urgency, the sides began making progress on big issues — such as the luxury tax system and minimum salaries — Monday and into Tuesday. The packages of proposals evolved repeatedly. But on Wednesday, when a roadblock over the implementation of the international draft and the end of the qualifying offer system emerged, the sides could not agree in time to a solution ahead of M.L.B.’s 6 p.m. deadline.

Even though Manfred canceled another week of games — bringing the total to roughly 180 contests — the sides kept talking and cleared the remaining hurdles over the international draft and qualifying offer system on Thursday. They set a July 25 deadline for agreeing to an international draft. If a deal is reached, the qualifying offer system disappears. If not, the status quo will remain on both. And with this problem off the table, the sides hammered out the remaining matters.

The previous two collective bargaining agreements had been viewed as having further tilted the balance of power and economics in the owners’ favor. Realizing that significant changes to the system would be tense and full of brinkmanship, the union spent years preparing for this very fight against M.L.B. owners, who ran an $11 billion-a-year business before the coronavirus pandemic.

By striking a deal on Thursday that included a full regular-season schedule, the sides narrowly avoided the first loss of games because of a work stoppage since the 1994-95 players’ strike, which cost more than 900 games and canceled the 1994 World Series. That remains the longest work stoppage in baseball history.