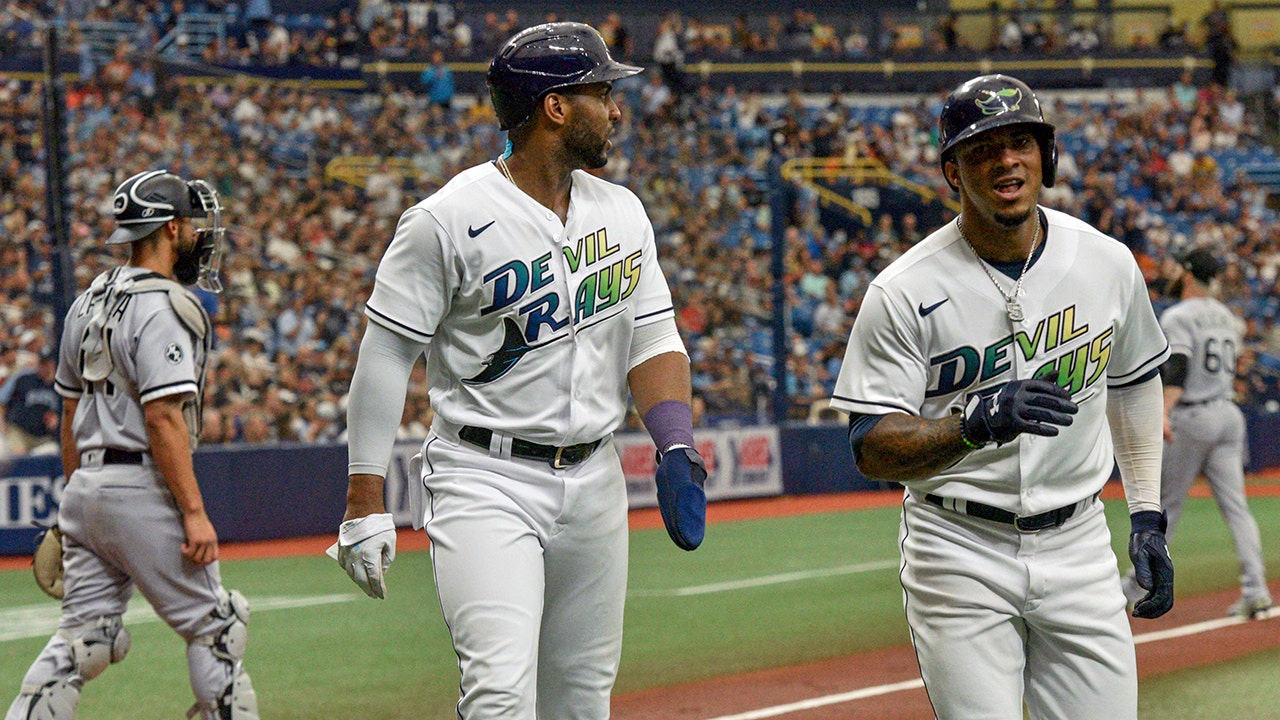 Brandon Lowe, Manuel Margot, and Joey Wendle each had two hits and two RBIs, and the Tampa Bay Rays beat the Chicago White Sox 8-4 on Saturday.

Wander Franco also had two hits and scored twice as Tampa Bay won for the fifth time in six games. Luis Patiño (3-3) pitched six innings of two-run ball, and Collin McHugh got five outs for his first career save.

The AL East-leading Rays finished with 11 hits while scoring at least eight runs for the 11th time in 15 games.

José Abreu had two hits for Chicago, which rallied for a 7-5 victory in the opener of the weekend series between AL powers. Eloy Jiménez drove in two runs.

A lucky bounce helped the Rays score three runs in the first inning against Dallas Keuchel (8-7). With two on and two out, Franco hit a ground ball that bounced off third base and over the head of third baseman Yoán Moncada, allowing Nelson Cruz to score from second. Lowe followed with a two-run double.

Chicago trimmed Tampa Bay’s lead to 6-4 with two runs in the eighth, but the Rays responded with two in the bottom half. Margot doubled home Lowe, and Wendle had a run-scoring groundout.

Keuchel was charged with six runs and nine hits in five innings. The veteran right-hander dropped to 1-4 in his last seven starts.

Patiño allowed five hits, including Seby Zavala’s fifth homer in the third. He struck out five and walked one.