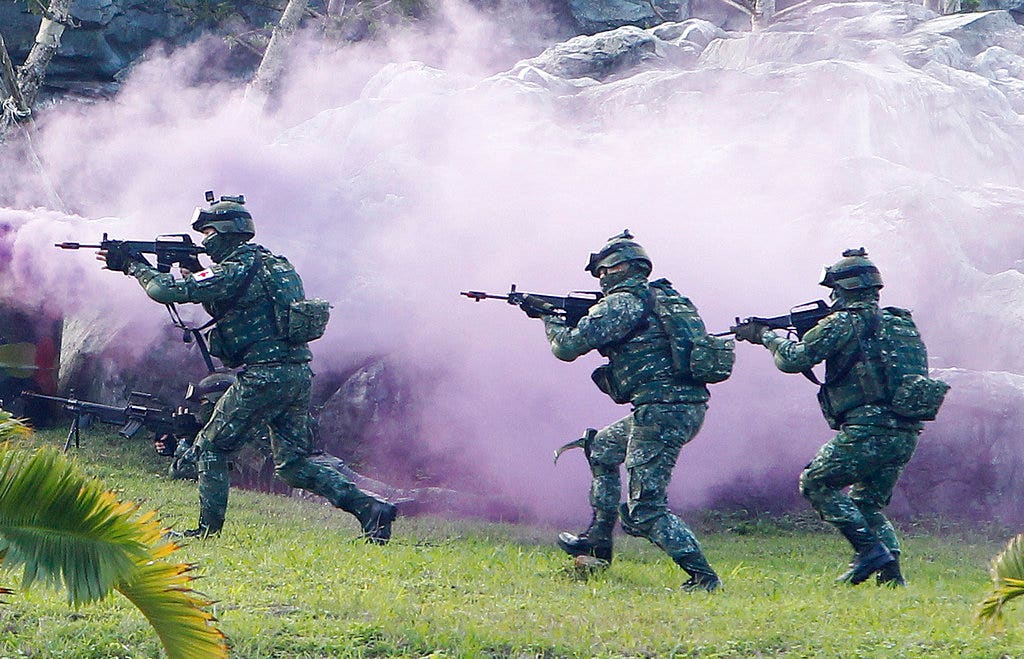 A contingent of U.S. Special Operations and Marine forces have been secretly operating out of Taiwan as aggressive Chinese actions continue to escalate, a report said Thursday.

U.S. forces have been working to train the Taiwanese military in an attempt to shore up the Indo-Pacific nation’s defenses, first reported the Wall Street Journal.

Officials told the publication that over the last year roughly two dozen members of U.S. Special Operation units and supporting troops have conducted ground training while the Marines have worked to train small boat units.

China’s air force flew roughly 150 fighter jets and bombers into the defense zone over a period of four days.

Though the aircraft did not officially enter Taiwan’s air space, the show of force concerned the international community and prompted the U.S., U.K. and Japan to conduct multi-national military exercises in the region

Taiwan Premier Su Tseng-chang warned this week that “Taiwan definitely needs to be on alert.”

“China is increasingly over the top,” he said. “We must come together as one and strengthen ourselves, only then will countries that want to annex Taiwan not dare to easily resort to force.”

Taiwan identifies as a sovereign nation, but it is officially recognized by China, the United Nations and the U.S. as part of the one-China policy.

But a statement released by the White House said Sullivan “raised a number of areas where we have concern with the PRC’s [People’s Republic of China] actions,” including in the South China Sea.

“Mr. Sullivan made clear that … we will continue to invest in our own national strength and work closely with our allies and partners,” the statement added.

China has repeatedly condemned Taiwanese independence and has said it will take the island back by force – a threat U.S. security officials have warned could happen within the next six years.

“Taiwan is clearly one of their ambitions,” Adm. Philip Davidson, commander of the U.S. Indo-Pacific Command, told a Senate Armed Services Committee in March. “I think the threat [will] manifest during this decade, in fact, in the next six years.”

Fox News could not immediately reach the White House for comment.