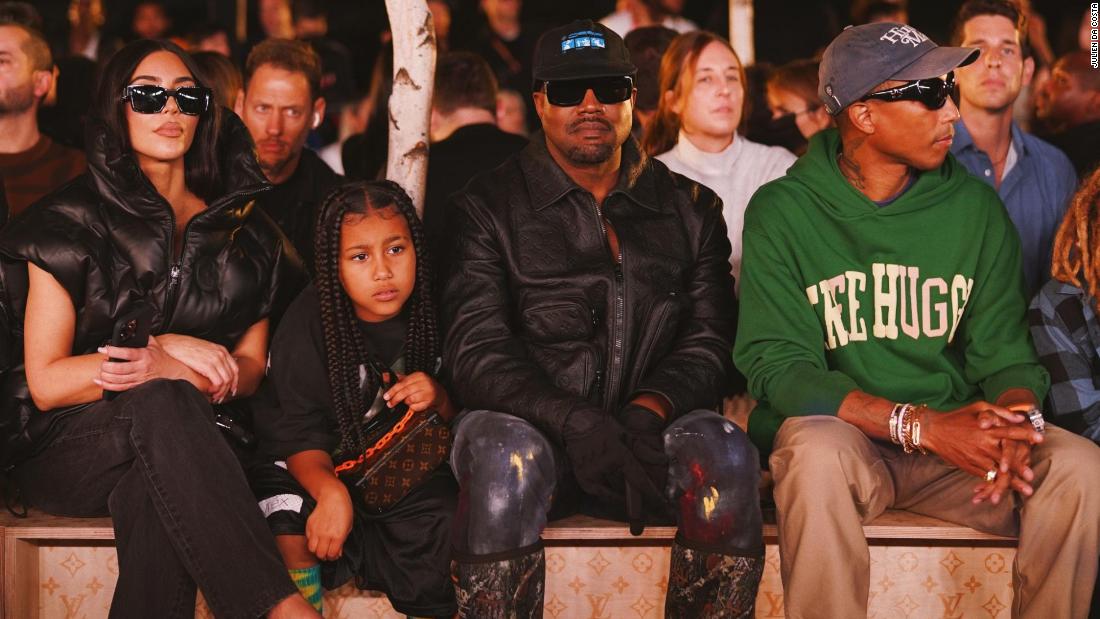 When news of Virgil Abloh’s death broke on Sunday, many speculated that Louis Vuitton’s presentation of his Spring-Summer 2022 collection in Miami, Florida — scheduled to take place just days later — would be canceled. But the French luxury label, for which he helmed menswear, said it would go on as per the late designer and his family’s wishes.

A short film was released to accompany the announcement. The video follows a young Black boy biking around a deserted Miami, passing the city’s Downtown and Key Biscayne’s Crandon Park Beach, and, perhaps most tellingly, capturing plenty of frames of an ocean blue sky. The child is seen looking around and upward, perhaps onward. He eventually reaches a red hot air balloon, jumping in to take flight.

The film, which would have been made before Abloh’s passing, feels like a message meant to console and inspire: The youthful, boundless curiosity for which the designer was so renowned is the fundamental thing that kept him pedaling — and the thing that will now do the same for many others.

The show, held Tuesday night on an elevated platform built outside the Brutalist Miami Marine Stadium, was a beautiful and moving display, gently calibrating between somber and celebratory.

A fleet of sleek motorboats appliquéd with Louis Vuitton’s signature clovers shuttled guests through a leisurely, picture-perfect gloaming across Biscayne Bay, departing from the northern edge of Downtown to head south towards the event space on Virginia Key.

After the large star-studded crowd were settled (Kanye West, now Ye, and Pharrell Williams were among many celebrities in attendance), and before the models emerged, Louis Vuitton’s Chairman and CEO Michael Burke spoke. “Virgil,” he said, choking up, “was not looking for the limelight, but the limelight found him.”

Abloh was made the first Black artistic director of Louis Vuitton menswear in 2018 by Burke, and LVMH’s CEO Bernard Arnault. His time at the house was widely successful and, in June this year, LVMH doubled down on its support for Abloh when it became a majority investor in Off-White, the designer’s own label that he founded in 2012.

Continuing his remarks, Burke added that the “idea of coming of age” was important to Abloh, and that the designer wanted fashion to be something everyone could see into, dream about and realize, if they wanted to.

Burke’s opening appeared heartfelt; he said he last spoke with Abloh the night before his death, discussing the show. It was a reminder that despite the glamour and large investment Louis Vuitton had put into the event, there was real, human pain beneath it all. That raw emotion was felt throughout the audience, filled with people Abloh would have touched in some way or another. The designer had a singular knack for connecting with many, and continuously extending his kindness and care to them (this writer included — as I write this, I realize how thankful I am to have been at this tribute.)

The show began, and models, including rapper Kid Cudi, walked the runway in a myriad of looks (the collection had already been shown in Paris over the summer but Tuesday evening revealed a few new twists in the form of additional warm weather ensembles for the Floridian setting).

When the catwalk portion concluded, a fireworks display — in red and gold — flanked a hot air balloon emblazoned with the Louis Vuitton logo. After the finale, the crowd fell into a natural moment of silence. There was no rush to leave, which is common at fashion shows, and no chatter. Just the after-burn of the pyrotechnics, some wet cheeks, and a tangible, immense reverence.

Walking out, Kim Kardashian West could be seen standing quietly with her young daughter, North. They were both observing a monolithic statue of Abloh that has also been installed on the Marine Stadium grounds, and which would soon be backlit by a drone show that spelled out “Virgil was here.”

When he died, his family posted an image on Instagram with a caption that read Abloh “often said, ‘Everything I do is for the 17-year-old version of myself.'”

North isn’t near that age, nor is the kid in the film, but presence of youth is symbolic of what will perhaps be Abloh’s most powerful legacy, what he laid out for future generations: That anyone, children and young people of any background or status, might have a chance to achieve momentous things so long as their curiosities were nurtured and their minds opened. As Burke said at the show’s opening: “Virgil wanted people to stop using their minds, and start using their imaginations.”