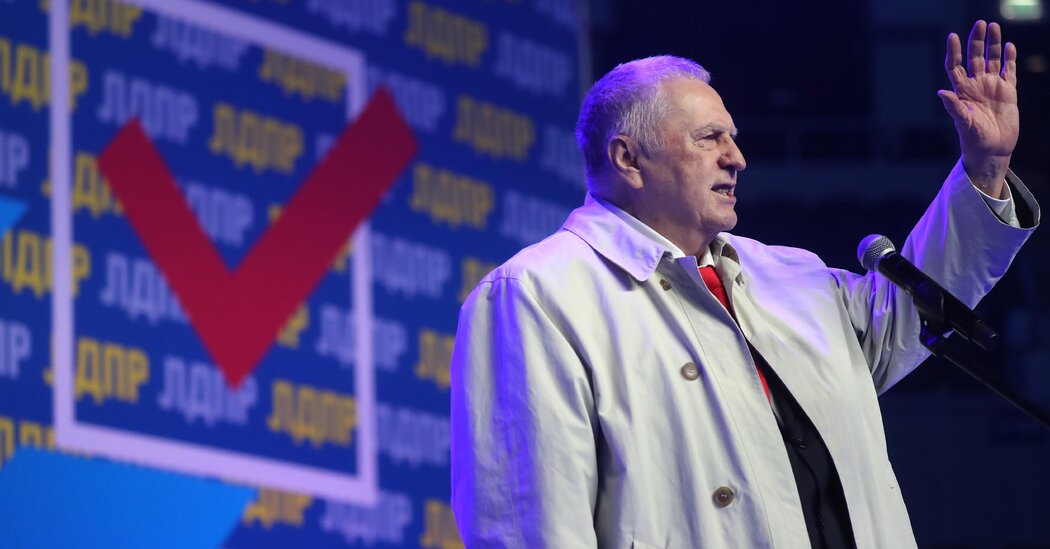 Vladimir Volfovich Zhirinovsky was born on April 25, 1946, in Soviet Kazakhstan. His father, who was Jewish, was deported from western Ukraine after it was captured by Stalin; his mother was an ethnic Russian.

Soon after World War II, his father was deported again, to Poland, and later emigrated to Israel. Mr. Zhirinovsky took the last name of his mother’s first husband.

After finishing school in Almaty, Kazakhstan, he enrolled in the prestigious Faculty of Oriental Languages at Moscow State University, where he studied Turkish and literature. He also studied international relations and law at the Institute of Marxism-Leninism.

Mr. Zhirinovsky started his career as a lawyer, but as soon as the Soviet system allowed for some degree of political pluralism, he quickly joined the democratic whirlwind of the newly emerging, independent Russia. In 1989, he co-founded the Liberal Democratic Party, which, despite its name, became the country’s main nationalist party and a significant political force.

A brashly engaging public speaker, he quickly gained prominence, arguing for the preservation of the Soviet Union and warning that its collapse would lead to bloodshed.

He ran for president six times, never winning more than 10 percent of the vote but setting a vitriolic tone in the country’s politics. And he had a knack for saying what senior Russian officials appeared to believe but were afraid to say publicly; in 2016, he exclaimed “God save the Czar!” after receiving a state order of merit from Mr. Putin.

After Mr. Putin’s electoral victory in 2018, Mr. Zhirinovsky predicted, correctly, that the Kremlin would soon lift the constitutional limit of two consecutive presidential terms. “That’s it,” he said of Mr. Putin. “He’s now there for life.”