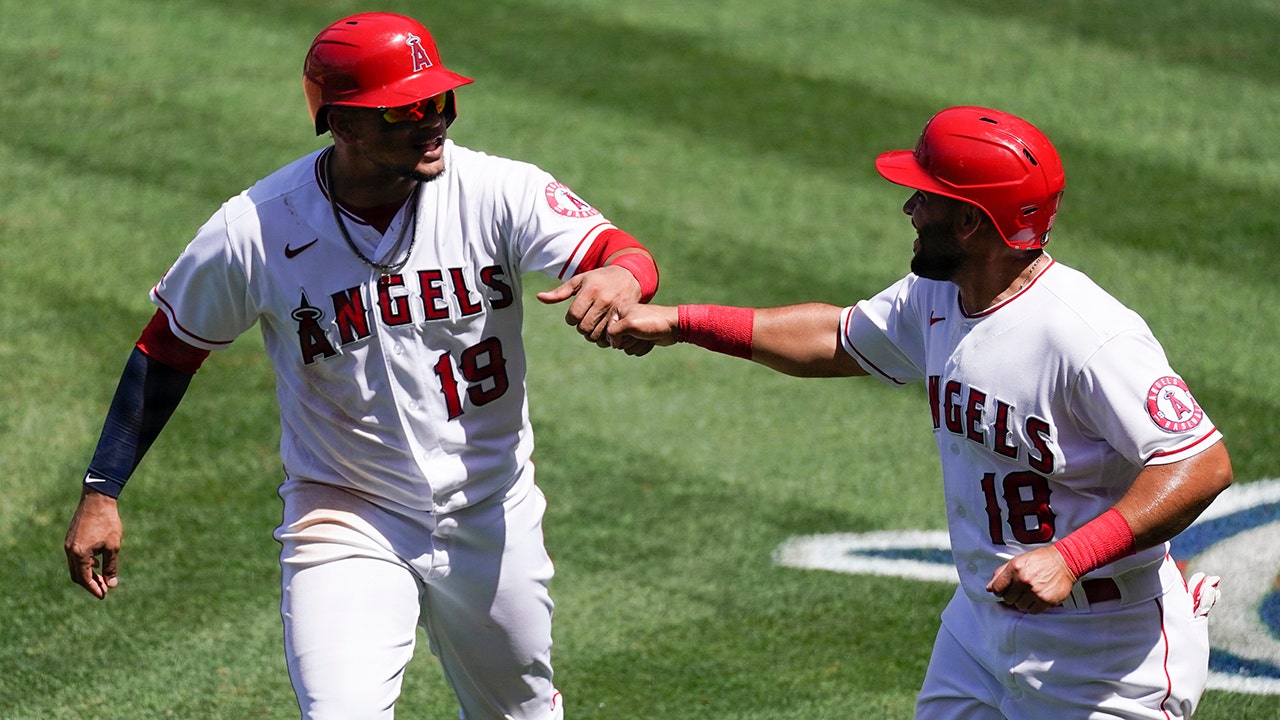 Taylor Ward hit a three-run homer in the first inning and had a career-high five RBIs, leading Los Angeles over the Texas Rangers 9-8 on Wednesday in the finale of a 10-game homestand that saw the Angels lose Mike Trout to an injury for at least eight weeks.

Ward hit a drive to right-center on a slider from Dane Dunning (2-4) in a five-run first and drove in a pair of runs with a bloop single to left in a four-run fifth that boosted the lead to 9-1. Ward had the third three-hit game of his big league career, his second against the Rangers.

Plagued by among the major leagues’ worst bullpens, the Angels allowed Texas to close. Nate Lowe had a two-run homer in sixth, and Texas scored five times in the eighth off three relievers. Joey Gallo had a two-run homer, Brock Holt doubled in a run and Willie Calhoun hit a two-run double.

Lowe led off the ninth with an infield single, but Raisel Iglesias struck out Adolis García, Joey Gallo and Khris Davis for his eighth save in 10 chances.

Garcia tied Toronto’s Vladimir Guerriero Jr. for the major league with his 16th homer, a solo shot in the fourth.

Los Angeles has won three straight for only the second time this season, going 5-5 on a homestand that included Trout’s strained right calf.

Pitching coach Mickey Callaway, initially suspended Feb. 2., was fired on Wednesday after he was suspended by baseball Commissioner Rob Manfred through at least the end of the 2022 season following an investigation of sexual harassment allegations.

Justin Upton became the first Angels player to homer leading off back-to-back games since Trout as a rookie in 2012. In his 15th big league season, Upton had never hit leadoff until Sunday.

Dunning entered second among AL rookies with 48 strikeouts but wasn’t able to retire the Angels in order in four-plus innings. He allowed seven runs, seven hits and three walks with four strikeouts.

Garcia has homered 11 times in 24 games in May, one shy of the team record for May set by Josh Hamilton in 2012.

Rangers: OF David Dahl (rib soreness) was placed on the 10-day injured list after colliding with the wall while trying to chase down a home run Tuesday’. OF Jason Martin;s contract was selected from Triple-A Round Rock.

Angels: SS José Iglesias was not in the lineup due to a left hamstring cramp. … RHP Chris Rodriguez (right shoulder inflammation) and C Max Stassi (concussion) will begin rehab assignments this weekend at Triple-A Salt Lake. Rodriguez is expected to pitch on Friday.

Rangers: Head to Seattle to start a four-game series on Thursday. LHP Kolby Allard (1-0, 3.15 ERA) makes his first start since September after Kyle Gibson was placed on the 10-day IL due to a right groin strain.

Angels: RHP Shohei Ohtani (1-0, 2.37 ERA) makes his seventh start in the opener of a four-game series at Oakland. He is 2-1 with a 5.54 ERA in three previous starts against the Athletics.